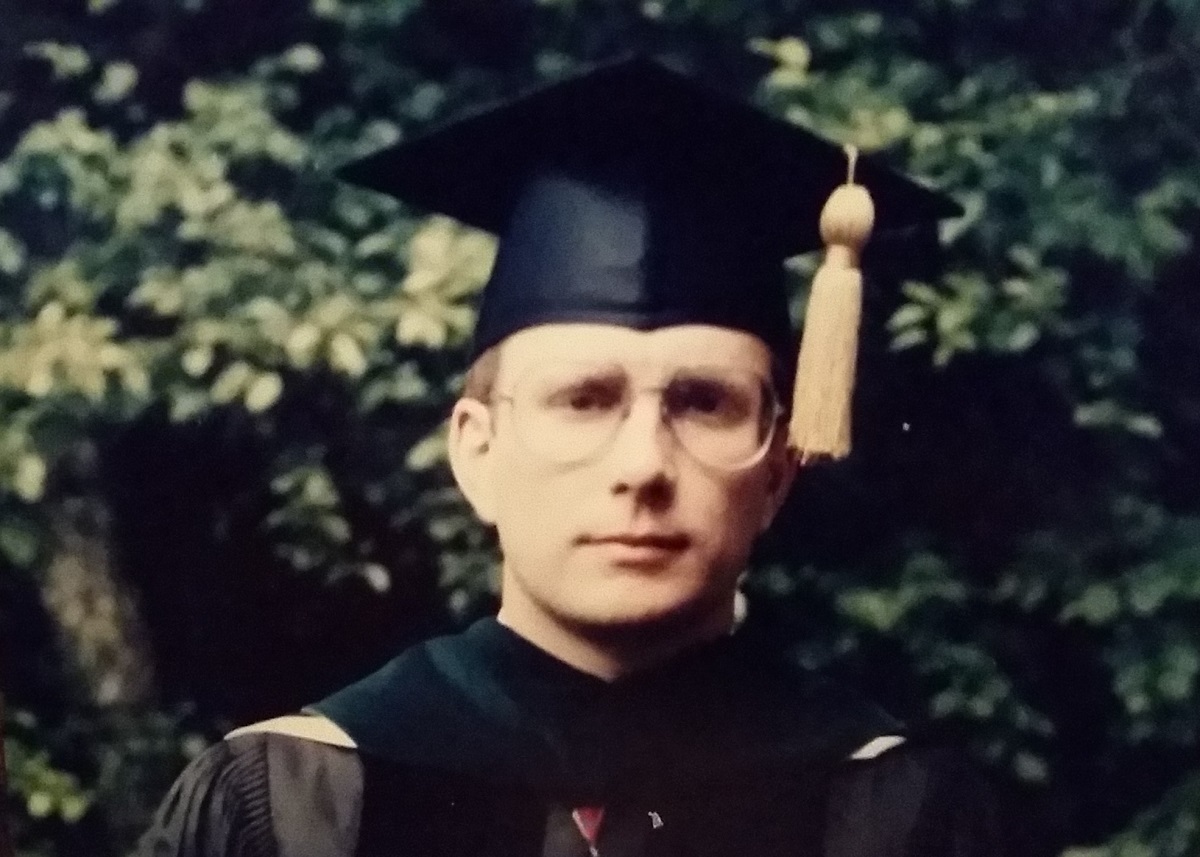 As Christmas approaches, I have begun seeing ads for things our family ‘must’ have this Christmas. Overspending in December is a common problem I often find when I do a financial makeover for doctors. There is a huge push to buy things during the Christmas season, whether they can afford it or not. Those who choose to overspend, end up with a big headache when their January’s Visa bill arrives.

Overspending at Christmas time got me thinking of my past. Some of the things I spent my money on, in hindsight, did not turn out the way I thought they would. So if I had the chance to go back in time and tell my younger self about the outcomes of some of the things he spent money on, what would I say?

Although there are so many things I would like to tell him, like buy as much Microsoft stock as you can as soon as it’s offered, I will concentrate on what I would tell my younger self about the use of debt.

That credit card advance you took in medical school to help your friend, will cost you his friendship

I know you felt bad for your friend when he needed money to get back on his feet. But you didn’t have any money either. What were you thinking when you gave him the money he needed by taking an advance on your credit card? This decision did not turn out well. He didn’t pay the loan back like he promised. It took me a long time to pay back that loan with 28% interest. You put my reputation on the line, not his, since it was me who had to repay the loan, not him. Once he got the money he disappeared from our life. If you hadn’t loaned him that money, he would have found another solution and would probably still be a friend today. You can read more about loaning to friends here.

I don’t want to pay for your indulgences

I have other expenses to deal with

I have to pay for things you haven’t even thought about. When you strap me with paying for your debt, I have less money to spend on my current wants and needs. How am I supposed to take my family on a vacation when I’m struggling to pay for your vacation? Leave me room in my budget to deal with my family’s needs.

After borrowing all that money the first year of medical school, you decided to join the Navy so they would pay for the rest of medical school. I wish you had joined the Navy a year earlier so I wouldn’t have had to pay back the student loan. I could have used that money for a down payment on a house.

That startup company you bought will eventually fail

You had an option one year to either buy stock in a new startup company or pay down your investment real estate debt. You chose to take a risk instead of going for the sure thing. That company eventually folded without making any profit. Had you chosen to pay off debt, I would have an extra $1,000,000 today. Please don’t put my future at risk.

That new car smell is gone in six months

I know it was exciting to buy that new car, but now it’s just another used car to me. The pizazz was gone in six months and it became just a mode of transportation. Even the convertible sports car, which was so fun to drive that first month, was just a small car to me. It was so impractical that I later sold it to get a car that would hold more than two people and a briefcase. Please think about me when you purchase a car.

Everyone gets ideas of building the perfect dream house. So you bought that piece of land overlooking the city for your dream. But you never built the house because you couldn’t decide on a floor plan to fit the property. I later had to go through the trouble of selling that land. The little profit I made on the deal was not worth all the hassle. I would have rather spent that time with my kids.

You should have remodeled your first house

I get that you didn’t like everything about your first house. I understand that the fancy, big house up the street was very appealing, especially the two fish ponds and waterfalls. But I’m really getting tired of taking care of those ponds. They require a lot of work and expense to keep them running and I just don’t have extra time or want the added expense they produce. The people who bought your old house remodeled it and fixed the things you didn’t like about that house.  After the remodel, the house had an open concept and looked new again, just like you wanted, costing half of what the big house cost. I wish you would have just done the remodel and stayed in your first house. I will soon be selling this big house and moving into something that is more practical.

Those Christmas presents you spent so much on are all gone

As I think about all the gifts you bought for Christmas over the years, the things that withstood time are the things you handmade. People really love the gifts you took the effort to make yourself. Those are the things they still cherish today. And I love to take out the ornaments you collected on your travels over the years. Reliving those memories while decorating the tree every year is special. Christmas is not about the money spent on gifts, it’s about cherishing your family and friends and celebrating the birth of Christ.

I’m so glad you bought that first apartment building

The one place you used debt that I’m thankful for today, was buying investment real estate. I’m so thankful that you invested knowing the payout would not be for

you, but it would be me who reaps the reward. You gave up both time and money you could have spent having fun, and put it toward your future. I was able to retired from medicine early and in comfort because of the passive income from those investment properties. Thank you for giving me a bright financial future.

If I could have told my younger self these pearls about debt, it would have had a nice effect on my life. Hind sight is always 20/20. It would be great to go back in time and change some of the decisions that he/I made and actually see where I would be today. Like the butterfly effect often written about. I know at the time, he thought the decisions he made were for the best, but not every choice turned out to be the best for me.

Poorly used debt can keep you from the life you are meant to live. If you would like to do better when it comes to your debt decisions, pick up a copy of The Doctors Guide to Eliminating Debt. Your future self will thank you.