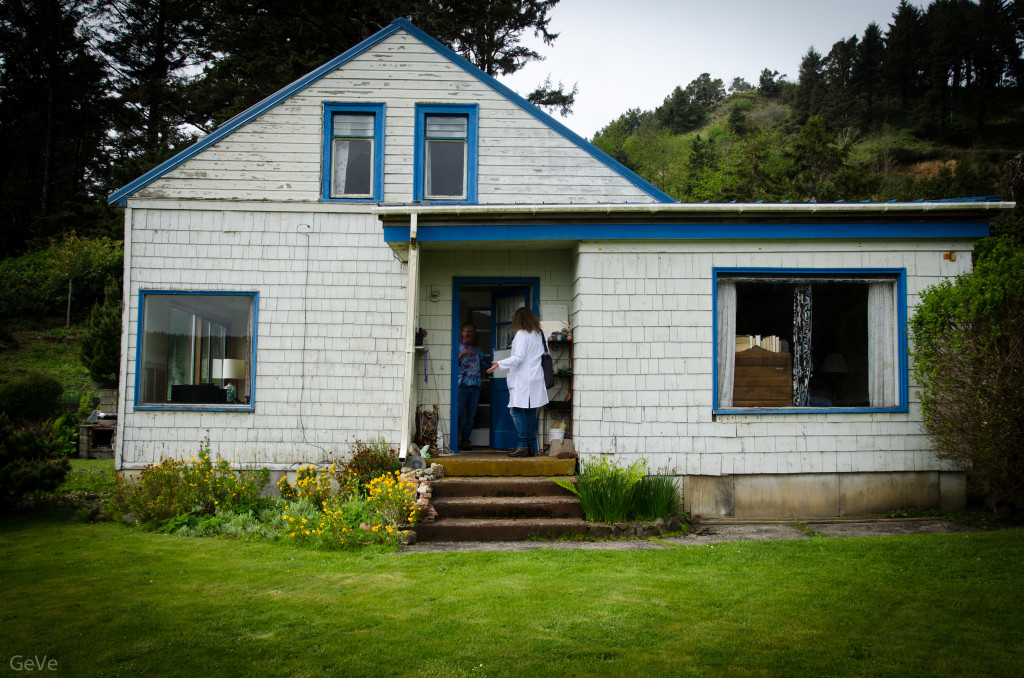 Today’s guest post comes from a doctor who came to this country at age 6, not being able to speak English. He eventually became a primary care physician and today he makes his living making house calls. Many people say you can’t do that anymore. It seems you still can.

I think people go to medical school for various reasons.  Most people go to help people (which is altruistic), some go to make money (which in my opinion there’s nothing wrong with so long as you’re a competent physician) and some for the prestige (whether it’s to publish and end up in academia) or some for entrepreneurship (they want to gain medical knowledge and come up with a business idea or some technology that can improve the very inefficient US healthcare system) and for many, it’s a different combination of the above depending on what stage of their career they are in.

Personally, I grew up in Los Angeles as my family immigrated to the USA when I was 6 years old, hence I started first grade not even speaking English.  Ultimately, I ended up at UCLA for college and fortunate enough to get into my #1 choice for medical school at UCI where amongst my many accomplishments, one I was most proud of was being elected as class president.

Southern California is known for its ideal climate and due to this, it has attracted such a population growth that housing is an issue and affordable housing has become a hot topic all throughout CA.  I always knew that I wanted to end up living in southern CA, but didn’t have a problem of trying other areas as well.

When I went to medical school, personally I went very open minded.  I had a couple fields in mind but was open to any field that really drew my interest.  During my sophomore year of medical school my father was diagnosed with Parkinson’s.  This had a dramatic effect on not only me but my relationship with my father and how I perceived him.  Back in Iran, my father was a very successful dentist.  But upon immigrating to the USA, he was initially unemployed and we had our share of financial struggles.  My father struggled for ~10 years until he ultimately became a dentist in CA, only to be diagnosed with Parkinson’s 2 years later.  My brother actually managed to become a dentist first and actually helped my father in getting his CA dental license.

However, when he was diagnosed, it really impacted the way I looked at my father and my relationship with him, and I ultimately realized that who I became in life was in part due to my own determination and in part due to the effects that this disease had on my entire family.  I had a very tough time figuring out which field of medicine to apply for residency.  When I was at UCLA, I was a Neuroscience major, that along with dad’s diagnosis I thought was an omen I should become a Neurologist.  However, Neurology is a very frustrating field in that most of your patients don’t get much better.  I was also attracted to Anesthe

siology because of its technical aspect, being able to work as a member of the OR team.  When I was graduating medical school, there was talks about how the health care system was changing and of course no one knew the direction things were headed in as EMRs were just starting to populate the system.

As I tried to imagine my future, I did realize that as an Anesthesiologist, I would need to be at the hospital most days by 6:30 AM.  That would mean that I would miss out on all the mornings with my future kids of sending them off to school.  Ultimately I decided to do primary care as I felt it served as a good foundation for if I wanted to specialize later on, and see how the US healthcare system evolved.  I ended up doing part of my training in the Midwest and came across a company that made house calls.

What most people don’t realize is that ~10% of Medicare’s population costs it ~70% of their budget.  While the healthy 70% of Medicare’s population costs it ~ 10% of their budget.  So one big way that Medicare can save itself is by targeting that initial 10%.  By making house calls and limiting our practice to the homebound population, ~90% of our patient population is from that 10%.  Our company continued to grow and increase in profitability such that it attracted the attention of many insurance companies who were looking to cut down on their own healthcare costs of their more costly patients.  Our company was subsequently purchased by a large national insurance company which at the time that they purchased us, they were ~ #450 on Forbes 500 list.  Subsequently, the company I work for ended up being part of the nation’s largest ACO (Accountable Care Organization) in which the company gets to keep 50% of the cost savings it provides to Medicare.

I enjoy making house calls as it has its pros and cons like any job in any field really.  I’m able to have long lasting relationships with patients and their family members.  Many times, by the time they become homebound, I will be their last and final primary care doctor and as such, one of the other arms of our company is they also own several hospices, and I was fortunate enough to be appointed to be a medical director of one for our region.  I see a true cross section of society as I make house calls from inner city, to suburban and have on occasions gone out to see patients in more rural areas.  Very different from the Los Angeles that I grew up in.  I also come across patients of every socio-economic status.  I come across immaculate trailer homes and mansions to dirty and unbelievable living conditions in similar homes, a true cross section of how people are.  I average seeing 10 patients daily in their homes.  On average, most house calls are reimbursed d

ouble a doctor’s visit in the office so it’s like the productivity of seeing ~20 patients daily.  However, I don’t feel as much like a cog in a big machine as I’m able to complete my documentation either at the home or during my drive to the next patient’s home as the medical assistant drives the company car.

By being an employed physician in a large corporation, I have been able to benefit from a consistent paycheck, have benefits and more importantly, consistent and regular hours that has afforded me to work ~ 40 hours week and being able to spend more time with my family and the priceless time I get to witness my kids growing up before my eyes and how that time flies.

Ironically enough, due to the ACO savings we have provided to Medicare and my bonuses, my salary ends up being very close to that of an anesthesiologist’s with much better hours and no 24 hour shifts.  I didn’t realize when I graduated medical school that the US health care system was shifting to a value based primary care system, but I have been able to benefit from that shift.   Dr. Fawcett has very succinctly outlined the advantages & disadvantages of being an employed physician vs. owning your own practice which I have found to be very useful.

(You can find that in chapter 2: Defining Your Dream Job, in my book The Doctors Guide to Starting Your Practice Right.)

Ultimately as my kids get older and I look back to hopefully moving back to southern California, I may choose to open my own office and do Direct Primary Care or some other field of medicine.  However for starting out as my first job out of residency and starting a family, being an employed physician was the right 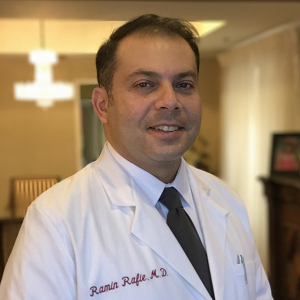 choice for me as it provided me an ideal lifestyle while the US health care system continued to evolve and the large corporation managed to figure out all the intricacies of the never ending changes to the Medicare system.

-Thanks for reading my story, Ramin

If you would like to contact Ramin you can get in touch with him through his LinkedIn site here:

If you would like more information on other smart career alternatives, pick up a copy of my book The Doctors Guide to Smart Career Alternatives and Retirement.

(The cover picture is Dr. Pam Wible making a house call on a hundred foot cliff.  If you would like to read her story you can do so here.)