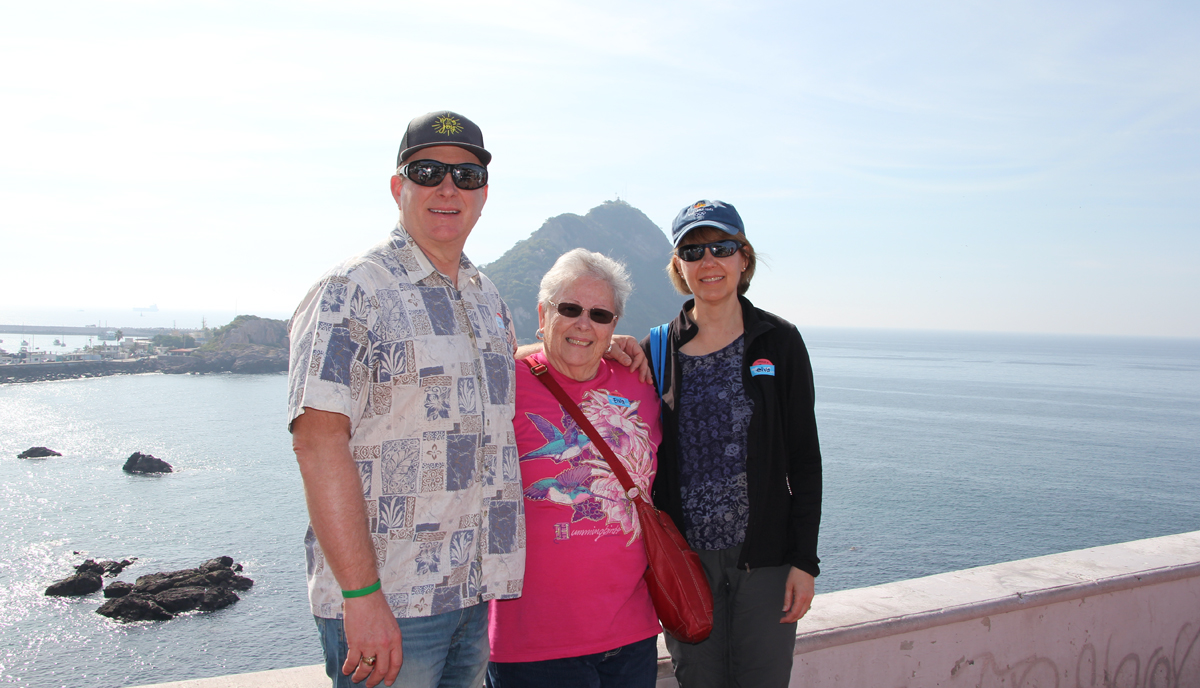 (Today’s guest post comes from Gayle Morris, a nurse practitioner who shares her lessons from mom. I especially like #5.)

I never truly appreciated the hard work and effort my mother put into raising us until I became a mother myself. Parents have an incredible responsibility to raise the next generation and I learned many lessons about how to do that from my mother.

My mom grew up during the Great Depression and never had much money, but she did understand how to use the money she did have. Although she only had a high school education, she managed to keep up with and maintain her finances throughout her life.

These are the five lessons I learned from my mother that have helped to shape my life, my future, and my finances.

Every December my friends and family would start talking about personal growth and development goals they had for the following year. Invariably, they stopped talking about those goals in February. Additionally, they seldom included specific goals or ways to achieve them. It sounded so much better to say “I want to lose weight,” rather than “I’m going to lose 10 pounds by cutting out dessert, soda, and eating out.”

My mom was all about writing financial goals and keeping them front-and-center throughout the year. Before she died, the house was completely paid off, she had no debt, and she had money in the bank. Instead of developing a traditional budget, she had a spending plan so she knew how much money she could spend every month on savings, clothing, food, and housing.

We always had clothes on our back, food on the table, and a vacation every summer. Our vacations were family affairs in which she spent months painstakingly planning, seeking the best deals on hotels, and making sure everything lined up with her spending plan. Her plan did not, however, include extraneous and unnecessary expenses on fast food or new appliances for the kitchen. And yet, we were always happy and had enough.

Long before “buy low and sell high” was a popular strategy in the stock market, my mother taught me that I had not lost money in the stock market unless I had sold my stocks. When the market went down, she never got nervous or anxious, but instead talked about the cyclical nature of the economy. She would even gather whatever extra money she had and buy more stocks. Her strategy paid off in retirement when she could pay her bills, put food on the table, and even buy a few extras.

My mother was never one to use slang terms, so she would never have said it was important to “cover your six.” However, that’s essentially what she meant. When you look at the face of a clock and you’re standing in the center with your eyes set on 12, the six-position is your most vulnerable. Unless you were my mom, with the proverbial eyes in the back of your head, you can’t see directly behind you.

No matter how good your peripheral vision is, someone can always sneak up from directly behind. In a restaurant, my mom sat with her back to the wall watching out over her family with my dad at her side. She lived her life like that, taking care of the most vulnerable spot in my dad’s and her children’s lives. She taught by doing – how to protect others while still protecting herself.

In medicine, as one example, I learned that documentation could protect me from litigation years down the road, along with the fact that communication with family members was a vital part of avoiding court. By covering your six regardless of your profession, you’ll find yourself to be better off in life.

Growing up, my grandparents made silk lingerie for the elite in New York City. My mother learned at her mother’s knee, ultimately also becoming a seamstress and clothing designer. I remember having unique and beautiful dresses as a child because she designed them specifically for me. And as I learned to sew from my mother, I also learned the importance of adaptation.

I quickly discovered that you had to adapt the techniques you use based on the age of your sewing machine, as well as the type of fabric you’re using. To get the professional results I wanted, I needed to adapt.

In the years that followed, while practicing as a pediatric nurse practitioner, I recognized the need to adapt and customize communication based on a family’s individual needs. Every parent doesn’t hear information the same way, and it was my responsibility to recognize the differences.

Years later, that ability to adapt and conquer was something that helped me to create a new career and way of living, at a time in my life when it was absolutely necessary to make a change. The practice of adaptation allowed me to change careers without missing a beat. As I contemplated the potential for a switch from primary care to independent practice as either a wound care specialist, a freelance writer, or an insurance case manager, I fell back on the skills I learned and set out to conquer the next stage in my life.

Not many people talk about honor these days, but it was a frequent topic of conversation in our home growing up. Honor is an abstract concept that seems to have lost favor in society today. It is what you stand on when you’re making difficult choices and the consequences are significant. The military, for example, is based on a code of honor. Thousands live out their lives under the military’s values of respect, duty, loyalty, integrity, and personal courage.

My mother was big on honor. We could say or do whatever we wanted as long as we honored her and my father and showed them respect while doing it. Have you ever tried telling someone how frustrated you are with them while still honoring and respecting them? It isn’t easy – But she taught me how to do it. I have learned how to remain in a place of personal honor while communicating my thoughts and needs, and without offending others.

These lessons weren’t easy, and were not always obvious, but over the years I’ve learned how to purposefully incorporate these lessons into my life. In the past decade, it was time to purposefully ensure my own children learned these life lessons and, in so doing, I learned another lesson – just how difficult it is to teach a lesson without preaching a lesson!

(Gail can be found at https://storyterrace.com/gail-morris. If you feel you need more lessons from mom, here is one from my mother.)