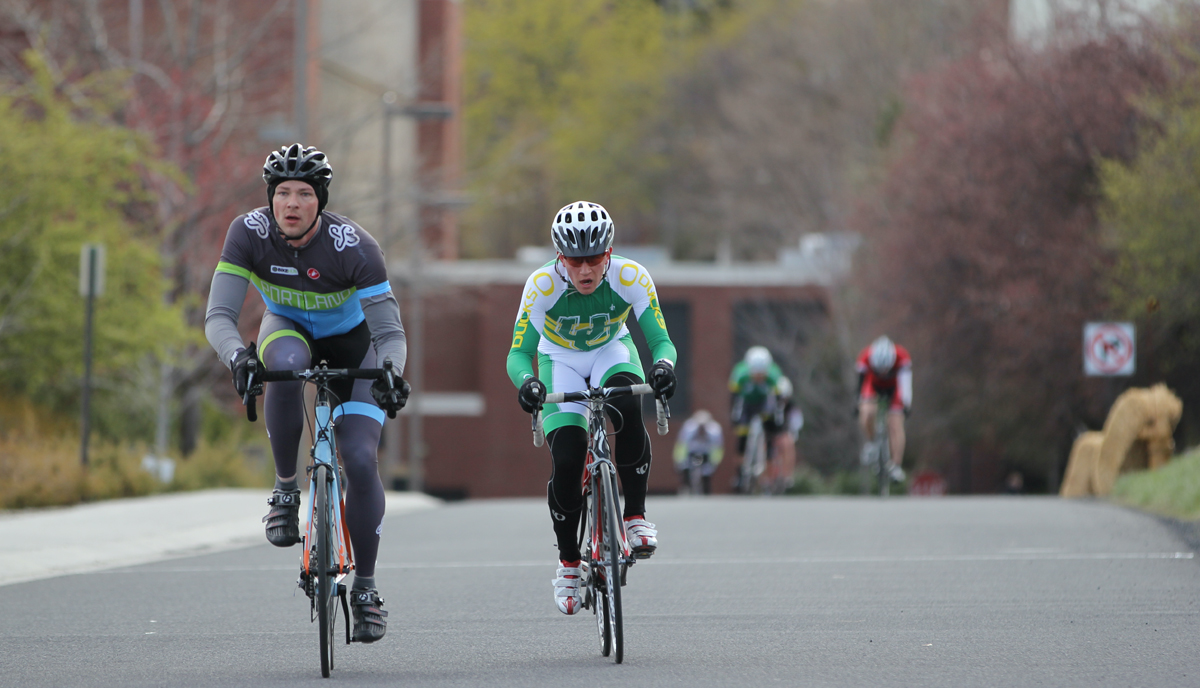 People on social media are constantly asking which investment gets the better return; real estate or the stock market. In my case, I have been invested in both for an extended period of time and the results are so uneven no calculator is needed to know that my real estate has far out performed the stock market. But what would it look like if I actually analyzed the data?

Most of the time when I see this question addressed, it is analyzed based on a theoretical set of numbers; usually the average market returns are used. Often the person answering the question is a relatively new investor who is trying to convince themselves which way is best as they begin their investing career. Since I have real time data, as my wife and I have tracked our finances for more than 30 years, following are the results of our real numbers.

My investing years started in Residency, went through my twenty years of private practice, three years of half-time locums, and the first few years of my retirement from medicine. No theory here, just the facts. These are my actually results from investing in real estate and the stock market which put me in a position to be able to retire from medicine twenty years after I left residency, at age 50. I actually pulled the trigger and retired at age 54.

My investing has survived the dot com bubble bursting in 2000 and the real estate/stock market collapse of 2008. I made my final real estate purchase in 2007, just before the collapse. Had I continued to purchase real estate after the collapse, I suspect the real estate numbers would be even better. But by 2007 I had enough real estate to take care of me throughout my retirement years, so I stopped buying.

Let’s examine my entire investment career beginning with my first IRA deposit, in 1988 during my first year of residency, which was my first full time job, and going through the last complete tax year, which ended on December 31, 2019.

I started my internship in general surgery in the summer of 1988 earning an annual salary of $21,000. I married my wife, Carolyn, in October of that year. Her income was about the same as mine. From the time we got married we chose to live on half of our income; saving the other half. We figured if something happened to one of our abilities to earn a living, we could still live on the other person’s income. This spending habit has continued to this day.

We began our retirement savings by each opening a traditional IRA account at Charles Schwab (The Roth IRA didn’t exist yet). We knew nothing about investing so we had the stockbroker pick our first mutual fund investment. He, of course, chose loaded funds. (I still own that fund today). A couple of years later I had learned enough about investing to make my own mutual fund and stock picks. I then switched to buying no load mutual funds and an occasional stock. We started maxing out our IRA’s every year. Initially this was $2,000 a year. When I graduated from my residency and moved to my attending position in 1993 Carolyn stopped working. At that time the spousal contribution was capped at $250 for the non-working spouse. Later this was moved up to the same as the working spouse.

During residency I also participated in the hospital retirement plan, which was a 457 deferred compensation plan. The maximum amount hospital employees could invest was $7,500 a year. I started participating in this program in the second year of my residency during the winter of 1990 at which time I had $260 taken out of each of my biweekly paychecks, or $6,760 a year. That went directly into growth mutual funds.

In 1990 (the last half of my 2nd year / first half of my 3rd year of residency) we had a total taxable income of $50,616. Our retirement investments were $2,000 for my IRA, $2,000 for Carolyn’s IRA and $6,760 in the deferred compensation plan (457). That is a total of $10,760 a year going into our retirement account during my residency. That was just over 21% of our taxable income. Only one other resident in the entire hospital was contributing to their retirement plan. Over 90% of our retirement money was invested in actively managed growth mutual funds and the remainder was invested in individual stocks.

In the summer of 1993, I finished my residency and began my general surgery private practice at a guaranteed salary of $100,000 a year. Carolyn’s IRA deposit dropped to $250 and I was not eligible to start contributing to the company retirement plan until January of 1995 at which time I began putting the maximum amount into my offices 401(k) and defined contribution plan. That first year, 1995, I was able to contribute about $26,000. Our office retirement plan investments were managed by the plan administrator.

I continued to put the maximum investments into my office retirement plan until I retired from the practice at the end of 2013. The total amount I deposited into that plan over the years was $601,282. We also continued to max out our traditional IRA accounts until 2006. At that point we stopped making non-deductible deposits into our IRA accounts and instead used the money to pay down investment real estate mortgages which were at 8% interest, giving us a guaranteed 8% return.

In 2001 we formed an LLC and purchased our first real estate investment, a 31 unit apartment building, with no money down and cash back at closing. I was then 39 years old. You can read all the details of this investment in chapter three of my book, The Doctors Guide to Real Estate Investing for Busy Professionals.

We continued to add to our real estate by buying four additional small apartment complexes with our final purchase in 2007 at which time we hit our peak of 64 rental units. Most of these acquisitions were with no money down. We contributed a total of $448,000 in capital into our real estate company between 2003 and 2010. This money was used to pay down loans. All cash flow from the real estate was reinvested by paying down the mortgages until after I retired, at which time we began to use some of the cash flow to live on.

We also maxed out our Health Saving Account from 2009-2016. It has continued to grow tax free since we have not used any of the money in this account to pay for health costs yet.

So what has been the result of these investments and how did the real estate investment compare to the retirement accounts invested in growth mutual funds?

I think a great growth indicator of these two investment choices is how long it took each to reach a net asset value of one million dollars.

We began investing in our retirement plans using stock mutual funds with our 1988 IRA deposits. Then I added the hospital 457 plan in 1990, then my office 401(k) plan in 1995.  All together these investments took 19 years to reach a value of $1,000,000. Considering only the 401(k), it took 17 years for it to hit that milestone while going through two market crashes.

My real estate investing took only four and a half years to reach a net asset value of $1,000,000. I invested $159,000 to accelerate loan repayments during that period.

Another interesting way to look at the results is to make a comparison starting at the moment I purchased that first apartment complex. At that time, all our Retirement plans combined had a value of $340,000 and the real estate, purchased with 100% financing, had a net value of zero equity. Three and a half years later the value of my investment real estate had surpassed the total value of all of our retirement accounts. During that time we invested an additional $134,500 into retirement accounts and $159,000 into the real estate LLC.

Let that last figure sink in. By 2001 I had been investing in my 401(k) for six years, and it had recently experienced a drop in value during the dot-com bubble breaking. That means it was on the recovery and climbing in value. Without putting a dime into my real estate purchase, it passed the retirement plan’s value in a single year. To be fair, we did put some labor into the real estate business that year. The increase in value of my real estate was greater than my entire surgeon’s salary that year.

I have been invested in the stock market (retirement accounts) since 1988 and had put a total of $601,282 into the accounts through 2013 when I stopped contributing. In 2018 I began taking a retirement plan distribution of 4% each year. I have been invested in small apartments since 2001 and put a total of $448,000 into that investment as well as some time.  The time commitment declined as I automated the routine jobs during the first 12 years while I was the manager. I later turned everything over to a property management company. Learn how I was able to manage 64 units on less than 15 hours a month by taking my on-line course, The Doctors Course to Automating Your Real Estate Investments. I stopped reinvesting my real estate cash flow and started spending it in 2017 when I retired from medicine at age 54.

Today, I have 55 rental units as I sold one apartment that was owned in a partnership. At the end of 2019, the value of these units was 1.7 times the value of all my retirement accounts combined. This is despite the real estate being owned for fewer years and having less money contributed. Taking those factors into consideration, the total return on the real estate would be more than double the stock market returns. It would have been much more had I not sold the one apartment complex and if I kept buying more properties at a discount after the 2008 market crash.

So now you know the real answer to this recurring question from one family’s actual experience. No extrapolating. No average market returns. Just actual investing through 32 years of market ups and downs. Real estate was the overwhelming winner in this contest.

The outcome of the real estate value would have been different in different locations. Some areas in the country have increased in value much more than my small town in Southern Oregon, and other areas went up less. But the other locations would have had to get a pretty poor return to not out earn the stock market.

Another factor to consider is the retirement money, for the most part, was invested with pre-tax dollars and the real estate used post-tax investment dollars.  This factor brings my investment in each to about the same amount of earned income invested.

In my opinion, and from my real-life experience, buy and hold rental real estate far out earns the return from investing in the stock market in a tax protected retirement account. In retrospect I would still recommend doing the same thing I did over an investment lifetime. Max out your retirement plans to take advantage of the tax write off and tax deferred growth and invest in real estate outside of those plans. This plan also provides diversification and great tax benefits.

Keep in mind, this analysis does not include the tax benefits, which both options have but are slightly different.

Were these results surprising? What has been your experience? Did real estate come out ahead for you?

9 thoughts on “Who Wins: Real Estate or The Stock Market? A Real Life Contest”