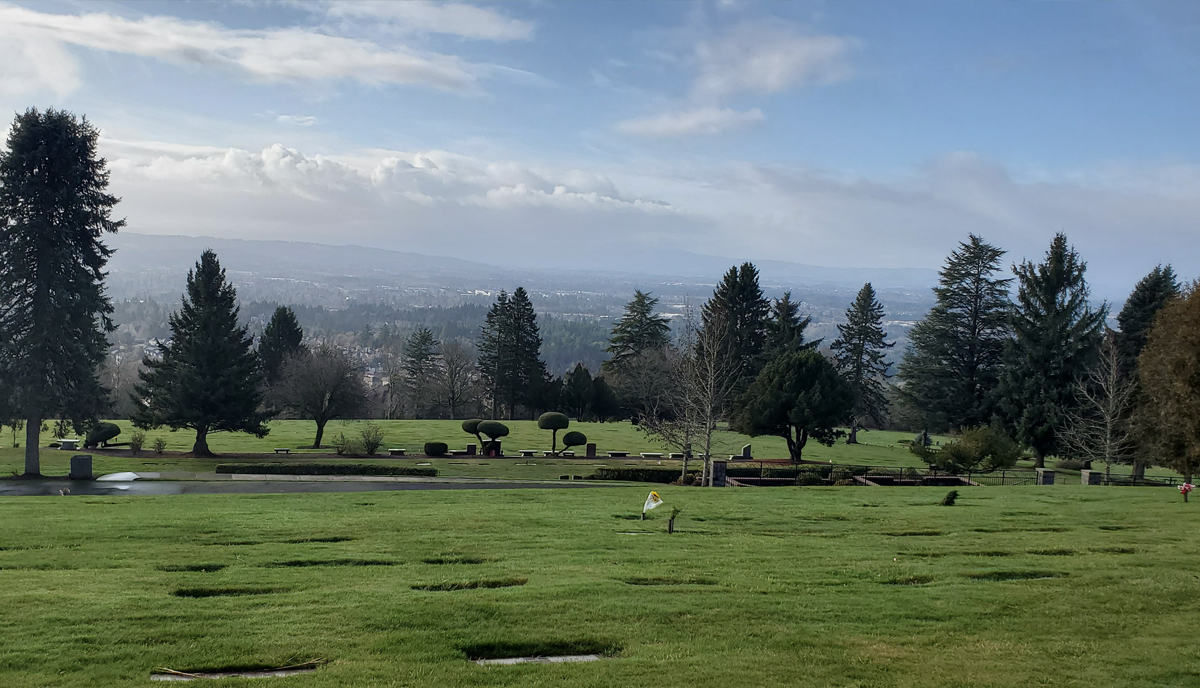 This holiday season had a more somber tone than usual for us. My wife’s father, Ken Nordling, passed away the day after Christmas, two days before his 88th birthday. This marks the first parent we have lost and the first time we were directly involved with planning a burial and memorial service.

I didn’t realize there were so many details that need to be accomplished between a death and a memorial service. It’s like planning a wedding in only a week while people are still grieving. Maybe that hustle and bustle is a good thing as it kept our minds occupied with something other than the loss of our loved one. I want to walk you through the process we experienced so you might be better prepared when your turn comes.

Carolyn and I were out on a walk, the day after Christmas, when we got a call from Carolyn’s brother. The hospice nurse felt that Ken was in his final few hours on earth and mom wanted us there. We hurried home, packed, and seven hours later we were at his bedside. Ken was surrounded by his family and passed away about 90 minutes before we arrived.

Because hospice was involved, he was able to stay at the memory care center and not be taken to a hospital for his final hours. That was a nice benefit of hospice. There was nothing the hospital could provide at that point and it was so much nicer for the family to be with him in his own room where he had been living for the past few months. Carolyn was able to say goodbye before he was moved to the mortuary.

The memorial service and burial were scheduled for the weekend following New Years. Since there were so many things to do before then, Carolyn and I stayed with her mother to help with all the preparations. We cleared our schedule of things we were booked to do back home. I had to cancel a speaking engagement on only seven days’ notice. I felt bad to do that, but they were very understanding. Family comes first was what I was going to be speaking about and now I had a chance to prove it. I was able to cancel the hotel and car rental reservations without incident but the airlines would not give me money back for my non-refundable airline tickets. Instead they charged me a cancellation fee and credited me for the balance, to be used within twelve months.

One extra issue for us was the timing. Ken passed away on Thursday before the weekend we were coming to town to celebrate Christmas with our extended family. There were two Christmas parties scheduled and we decided to go ahead with the parties which also required us to make some food. This was just an extra stressor for the week.

Carolyn’s mom asked me to sing a couple of songs that Ken liked and wanted to be a part of his memorial service. One song I knew and have performed many times, while the other song I had never heard. I now had a week to learn and be ready to perform the piano and vocal part to a new song. I asked my son and his wife, to sing harmony with me on the song we already knew. In order for them to practice with me four hours away, I made an MP3 recording of me playing and singing the song. Upon receiving the recording in their email, they downloaded the song on their phone and practiced their parts with me to get ready for the event.

The day after his passing, we took mom to the mortuary to finalize the arrangements. I previously wrote about what it took to make the pre-arrangements, it can be read here. We reviewed everything we previously selected. Of course, they tried again to sell us the services we turned down only a couple of months earlier. The person helping us told us that the funeral home required them to go over everything they offered in case we had changed our minds as they didn’t want us to miss out on having a keepsake. They make a lot of money selling keepsakes.

One important note. Keep all the pre-arrangement paperwork where it can be found easily. The mortuary has a way of losing that information as they did on this day. They told us there was one necessary item we had not purchased that would cost an additional $800 that must be paid today. They are not sure how it was missed, and I was certain we had already purchased it. Unfortunately, we didn’t have the paperwork with us. After a bit of discussion, I asked for them to pull the original paperwork, since she was working from a summary page and not the originals. She came back a few minutes later and apologized for missing that item on her summary. It seems we indeed had paid for it. She tried hard to convince us that the mistake would have been caught before the final accounting.

This is a problem I have seen way too frequently. Three out of three of our last family deaths have had the mortuary charge for items that had been prepaid. Make sure you are aware of exactly what has been paid in advance. Making advanced arrangements and decisions several months ago was a big time saver for us during this trying week.

When we looked into publishing an obituary in the Sunday paper, we had only three hours to meet the deadline. So we stopped everything we were doing and collectively wrote the obituary and found a picture to use. We barely got it in on time.

Ken’s room at the memory care center needed to be emptied. Carolyn’s brother and I made a few trips hauling everything back home. I suspect this is quite a burden for people who do not have family nearby. We were able to finish the job in a few hours, but it will take a while to get the stuff back where it belongs. For now it is in a pile in the garage. There were too many other things to take care of first. The sooner his belongings were removed from the room, the sooner his charges would end. At nearly $300 a day this was a priority.

We then met with the pastor of their church to discuss Ken’s memorial service. It was a very pleasant meeting during a very difficult time. We chose the hymns to sing, informed them of the special music, shared the poem we picked out and some bible verses to read, and established the order of events for the memorial service. We also needed to write a story about Ken’s life to go on the back of the order of service as well as choose two pictures. We spent quite a bit of time perfecting that story. Arrangements needed to be made for the church organist to play music before and after the service and lead us in singing a hymn.

Since I enjoy speaking and the family members didn’t feel that they could speak, I was asked to speak at the service and tell stories from the family. I contacted several family members over the next few days and put together a fifteen-minute segment of funny things in Ken’s life.

Informing people of his passing needed to be done very quickly. So, we went through friends and relative lists to be sure everyone close to him knew of his passing and had an opportunity to be at the service.

Flowers needed to be picked and Carolyn’s aunt volunteered to take over that responsibility, removing that task from our plate. We were thankful for one less task. Food for the reception after the service was also chosen. To order food means knowing how many people will be in attendance. How do you know how many people will be coming to an event with no RSVP’s? We just made a best guess and ordered food based on that number. There is a great possibility of having too much or too little food in this setting. We ended up not having enough food since the number of people who attended the service was double what we guessed.

Finally when everything seemed to be arranged, Carolyn and her mom went through about a million pictures to make a collage of Ken’s life on a picture board. I think they had a great time looking at all the pictures and reliving all the memories.

Cost was certainly a factor. All of the burial issues were already decided and paid for, so that was off our plate. I’m not sure how we would have shoe horned that stuff into the week if we had not already done it. People involved with the memorial needed to be paid: Pastor, coordinators, musicians, facilities, custodian, lights and sound people. All arrangements get paid before any life insurance proceeds could arrive since we still didn’t have the death certificate.  People who are counting on life insurance to pay for final expenses will be in for a surprise since they still have to pay those expenses out of pocket and the insurance money will come later.

It all came together and we experienced a beautiful memorial service and reception for Ken and his family and friends.

We will all experience the death of a loved one. If you are involved in making arrangements for the memorial service and burial, be sure to clear out your schedule, because planning and making the needed decisions takes time. I feel very blessed that we were able to help Carolyn’s mom through this tough week.

When it is your turn to do this for a loved one, I suggest you make a list of everything that you need to do. The mortuary, the pastor, and hospice if they are involved, will be very helpful in the process since they do this frequently. Most importantly, ask for and accept help. Making final arrangements is a trying time, but you will get through it, and life will go on.

I hope this article will prod you into getting much of this taken care of ahead of time. You can buy a burial plot, make all the burial arrangements, pick songs you want and even write your own obituary to be amended at the time it’s needed. The more that is done ahead of time, the less will be on the shoulders of those who are left behind to make these final arrangements.

14 thoughts on “Saying Your Final Goodbye to a Parent”