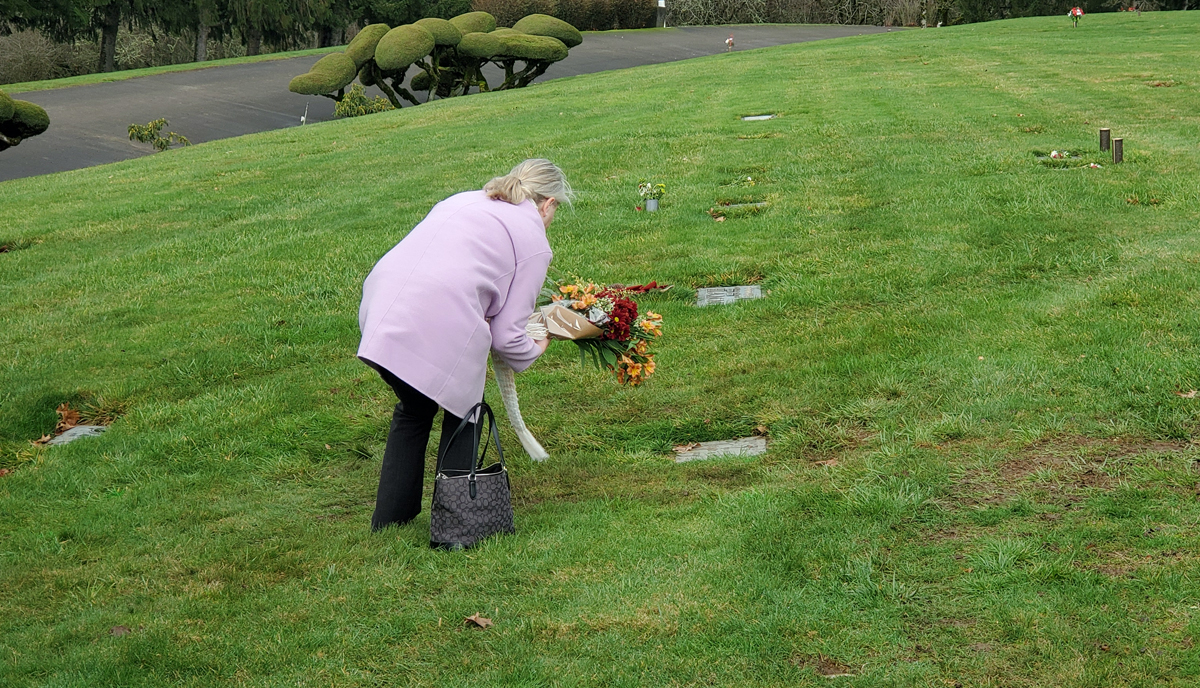 (Today’s guest post comes from the wife of a solo practitioner whose unexpected death came at a relatively young age. Her story reminds us how unpredictable life is and the importance of planning ahead. She prefers to tell her story anonymously.)

I missed a phone call one day while grocery shopping. When I checked the message, it was a friend informing me my husband had been in a bad accident, was unconscious, and an ambulance was on the way. When I frantically called him back, he said he couldn’t talk right now as the EMTs had just arrived and he needed to lead them to my husband. He would call me back. Thus began the longest wait for a phone call in my life.

Earlier that morning I would say life was great. We were both in the prime of our lives. He had a thriving solo medical practice and I worked beside him in the office. We had recently made some changes in the way the office ran and eliminated diagnoses he didn’t enjoy from his practice, which made him so much happier at work. Our oldest child had recently graduated from college and our youngest lived at home while attending college in town. It seemed like we didn’t have a care in the world. Then with the blink of an eye, he was gone.

I don’t know what I would have done without the friends who came beside me to help me through this horrible time. My husband’s death triggered many things that needed to be done all at once and without notice. Fortunately, we had long ago discussed and prepared for the event of one of our deaths. When we are young, it seems like death is so far away that there is plenty of time to take care of all the details later. Now I know first-hand, later might come sooner than you think. If you are prepared, the blow will be lessened. Following are some of the things that transpired at the time of his unforeseen death.

Fortunately, we had discussed our desire to be cremated, which made making the final arrangements easier. I was glad picking caskets and burial plots was off my plate. My best friend stepped up and took care of all the arrangements for his celebration of life service. Ironically, her husband had passed away recently at the same age as mine, although not so suddenly. Since she had already been through planning a service for her husband, she knew just what needed to be done.  I was so thankful for her help.

One of the best things we did early in our marriage was to hire a financial advisor. He walked us through what we needed to have in place in the event that one of us was to die unexpectedly. Even after my husband was gone, our financial advisor was there to help me through the process of implementing all our plans. I don’t know what I would have done without his help.

The most crucial thing our advisor did was help us purchase an appropriate amount of term life insurance to support me if I lost my husband. We bought enough so that if he died, I could pay off all our debt, including the home mortgage, and have enough to live on for the rest of my life without the need for a job. Had this not been the case, I would have needed to search for a job almost immediately after his death, along with all the other changes I was enduring at the time. My new job most likely would not have brought in nearly the income that my husbands practice brought in and therefore I might not have been able to afford the lifestyle we had grown accustom to. The possibility of having to sell the house we built together, the home we loved, would have compounded a crushing and stressful situation.

Collecting the life insurance money was very simple. I provided a copy of the death certificate and they wired the money into my account. That process was complete within a couple of weeks. I used the money as we planned. I paid off all our debts and became debt free. The rest of the money was invested to provide me with a lifelong income. Again our financial advisor was invaluable in helping me decide on which investments to make.

Because we had all our assets in a trust, there was no need for the expense or delays I would have encountered had we needed to run everything through probate.  I simply became the sole trustee. None of our assets were tied up waiting for the death certificate. I was very thankful for the smooth transition the trust provided.

We had a Simple IRA plan for the practice, and he had a personal Roth IRA as well. I was able to roll these over into my own IRA plans and the process was very easy, with the help of our financial advisor. I’m not sure how I would have tackled that on my own. His IRA just became a big deposit into my IRA as if nothing else changed.

The most difficult thing I needed to take care of was closing his solo medical practice. This was one area where I really didn’t know what to do, and it was something we had not discussed as we never envisioned this scenario. Had he been in a partnership, his partners would have bought him out and they would have begun a job hunt for his replacement. There would have been nothing to do if he had been employed. But as a solo practitioner, his thriving practice came to a sudden halt with no back up plan.

His office staff was immediately on the phone contacting patients who were scheduled to see him the next day. That was a very difficult day for the staff having to endure multiple difficult conversations. Another doctor in town graciously stepped up to take all the urgent patients who were on the schedule. It felt good to not leave the patients hanging who were dependent on his help.

My first thought was to sell the practice. But, on short notice, it is very difficult to find a buyer. We eventually found a practice in town to take custody of the medical records and pick up the patients who consented to move to their practice. I was very thankful that practice was willing to do this as it alleviated my legal responsibility for maintaining, storing and releasing his patient’s medical records.

The employees stayed on for three weeks tying up the loose ends and closing the business. They immediately found employment in other offices in town.

Drug samples were offered to the other practices in town and found homes quickly.

I now owned a fully furnished medical office building. I was able to lease it out to another medical group for a few months while they were building their own office. After the lease was up, I put the building up for sale, and sold all the furnishings to a new doctor in a nearby town.

One thing I just lucked out on was I usually took care of all of our household finances. I knew where all the important documents were and what bills needed paying as well as all the online passwords. Had it been me who died unexpectedly, my husband would have had a tough time finding everything he needed. Be sure you both know what is going on financially in the home and where to find all the important documents and passwords for all the online accounts.

I don’t know what would have happened if we had not properly set things up for an untimely death. I am so thankful we made the effort to equip ourselves for this unforeseen tragedy in advance. My life would look so much different today had we not acquired life insurance. Today things have settled into a new normal and life has continued on. I spend my time watching my new grandchild four days a week and visiting with friends and family. At this point, it doesn’t look like I will need to find a job.

If you have been putting off making a will or trust, or purchasing life insurance, don’t wait another day. Tomorrow may be too late. Please, please, please, do everything you can to be prepared for this tragic possibility. I’m so thankful that we were prepared.

(If you were not prepared for a financial disaster and find yourself in a dire financial situation due to a death in your family or any one of the many reasons a financial crisis may strike, pick up a copy of The Doctors Guide to Navigating a Financial Crisis and start your journey to recovery today. It is the one book I have written that I hope you never need.)