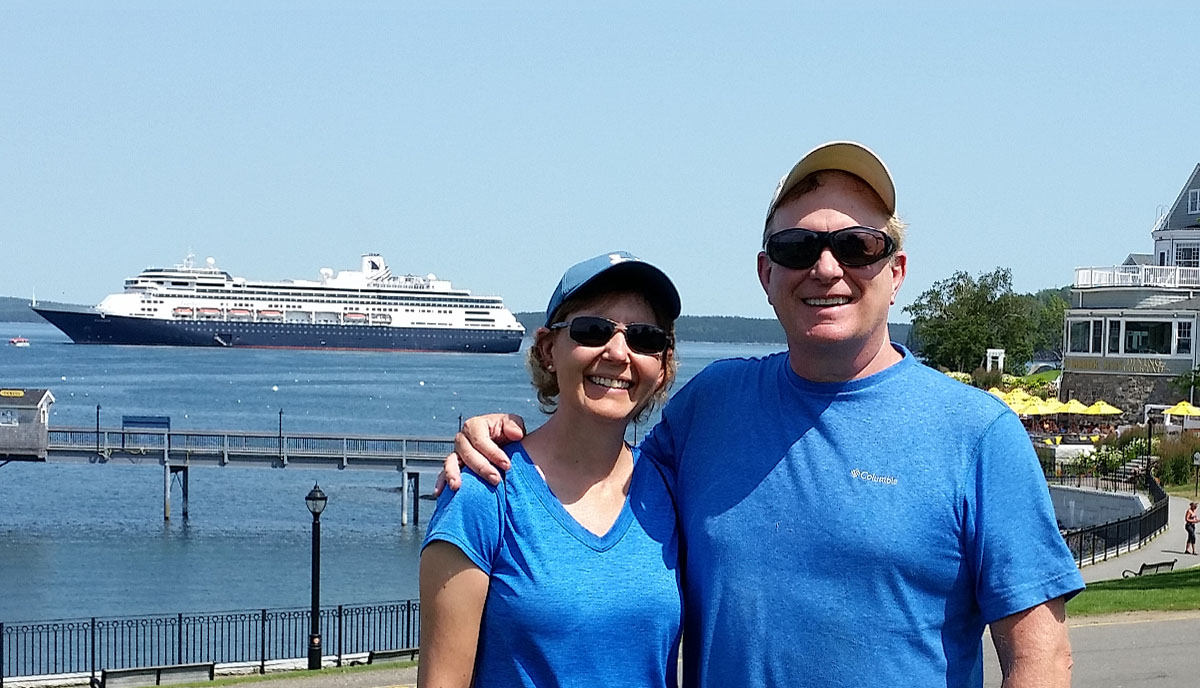 I was recently asked what it was like to live the FatFIRE life (Financial Independence, Retire Early, but not on a skimpy budget). After I told my story, the other person said I was not FatFIRE, I was ObeseFIRE. I began to think about what they were saying and realized I really am living a dream life.

So I began to look back at the things I have been able to do since I retired from medicine. I don’t consider myself retired, but repurposed, as I am writing, speaking and coaching to help others reach financial independence as well. I just happen to be doing it when and where I want without the need to earn any money. My nagging fear that I didn’t have enough money to last the rest of my life has been put to rest after living on my investments for more than two years. So, here is a snapshot of what my life has been like over the last twelve months.

I left medicine with a seven figure nest egg in my retirement plans as well as passive income from my real estate investments that exceeds my expenses. I no longer manage my 55 rental units, so I am free to travel or stay home as I like. My net worth has continued to grow even though I am no longer generating much earned income and I am living off my rental income and retirement savings. I started taking money out of my retirement plan at age 56 without penalties. You can read how I do that in the guide I wrote titled Guide to Taking Substantially Equal Periodic Payments (SEPP) From Your IRA Before Age 59 ½.

Last December we ended a partnership in a real estate purchase and the sale of the property made enough money to replace our 17-year-old motorhome. I really like our new home on wheels. They have made a lot of good technological changes in the last 17 years.

When I looked back at what traveling we did, I was amazed that we could pack so much into one year.

Cruises: We went on a four day cruise to Cuba with FINCON friends. Took a river boat cruise up the Rhine river, which is something that I have wanted to do for a long time. We cruised from Amsterdam to Switzerland with some of Carolyn’s family. We also took my two sons and daughter-in-law on a cruise from Montreal to Boston. The kids planned that one. Our excursions included hiking, biking, kayaking, and solving escape rooms along the way. I have a Mississippi river paddle boat cruise coming up in a few weeks with my mother. Carolyn will be busy running a big church event, so I thought I would get away with mom.

Time Share Trades: You already know I’m a big fan of timeshares. We have had a great time using ours. One person commented they thought I was the only person who spoke well of time shares who was not a timeshare salesperson. This year we traded our week for six weeks. Five of those weeks were spent in Florida and one in Las Vegas. We brought some friends and relatives along with us on two of the weeks and the other four were for just Carolyn and me.

Conferences: I attended two conferences to improve my life as an author. One was in Scottsdale, Arizona, and the other was in Orlando, Florida.

Motorhome: We took our motorhome on a snow birding trip this year for the first time. We spent 11 weeks in Jan-March in Southern California and Arizona. Since we wanted to see different areas in the southwest, we spent about a week at each stop. We loved this trip and our new motorhome was purchased in Phoenix during our travels. I knew there would be lots of nice used motorhomes down there and hoped to come home with a new one this year. The one we bought is 35 feet long with three slide outs and was 18 months old.

Scuba: A friend of mine was looking for a scuba partner, neither of our wives dive, so we ventured off to Cozumel, Mexico for a boys week of diving. Carolyn went to visit her parents and his wife went to visit their children.

Camino de Santiago: One of my bucket list items was to walk the Camino de Santiago in Spain. We spent the prior year training for the trip. We walked 450 miles in 38 days to complete the pilgrimage to Santiago. It was an epic journey. We spent eight weeks in Europe with our phones on airplane mode. The walk was sandwiched between a few days in Amsterdam followed by our cruise down the Rhine, and a week in London. You can read more about it in My Camino de Santiago Journey, A FIRE Adventure.

Hotels: There was still the opportunity to use a hotel to travel as not every place we wanted to go had a timeshare available. Places that we spent in a hotel include several days each on the west coast of Spain, Pamplona, Amsterdam, and London.

We traveled in ten countries during this time including: USA, Cuba, Canada, Mexico, England, The Netherlands, Germany, France, Switzerland, and Spain.

While we were traveling, I had the opportunity to continue my writing. I finished my 4th book, which should be available in September. It is The Doctors Guide to Real Estate Investing for Busy Professionals (who don’t think real estate is for them). It is a guide to teach busy people how they can add owning real estate to their busy schedule. The real thing, not shares in someone else’s real estate company.

It also teaches how to manage real estate properties yourself with very minimal time. I managed 64 units when I was a full time surgeon, so I know it can be done. Ironically, now that I am retired and traveling, we aren’t home enough to be the manager, so we hired a management company to manage our properties for us. I like this mailbox money.

I was honored to write two chapters in the upcoming fully revised 10th edition of Adventures in Medicine’s Career and Life Planning Workbook for Medical Residents. My new online course The Doctors Guide to Thriving in Locum Tenens was released last Spring and I continued to publish one blog article each week. But the most popular addition this year is my Fawcett’s Favorites. Every week I list a few articles I read that I especially liked, my favorites. That way you can cut right to the good stuff without wading through the thousands of articles on the net.

My first three books have now all reached Amazon best seller status and have each won awards.

So what does the future hold for my repurposed years? We have more travels on the calendar for next year. Currently we have scheduled travels to Yosemite, snow birding in the southern US, China, and a several month motorhome trip to explore the Great Lakes Region, which we have never visited before. Of course, we might even throw in a few cruises and timeshare trades along the way.

My fifth book is also in the works and I suspect it will raise some controversy. I will keep speaking, writing, one-on-one financial coaching, blogging and making guest appearances on podcasts to promote financial independence for physicians. I hope you enjoy going with me along my journey to help physicians reach financial independence and have a better life as they thrive in their career in medicine.

11 thoughts on “Living the FatFIRE Life”