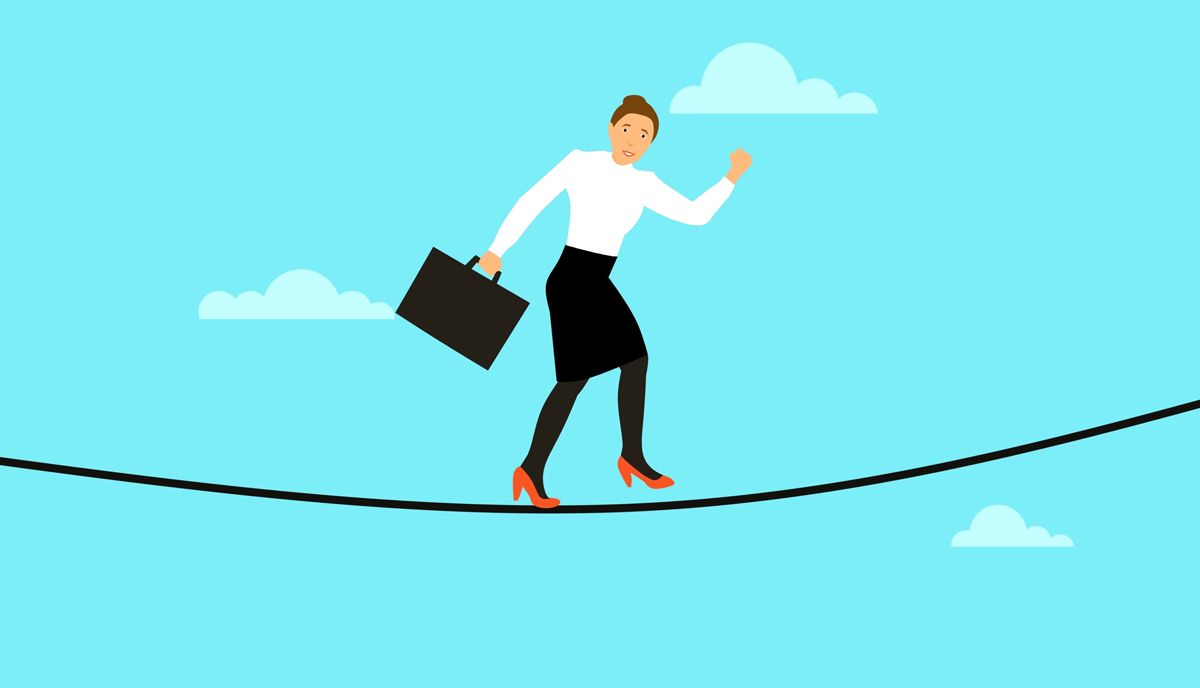 (Today’s guest post comes from Gayle Morris, a nurse practitioner who struggled with the stress of her medical career while raising four children.  She found an interesting answer.)

My mom always taught me that when life hands you lemons, make lemonade. In light of the dangers with excess sugar, I think maybe lemon water is the better option. But in either case, the lesson was to take what may have been sour in life and turn it into something I could be proud of.

I’m not sure she ever said it that way, but it’s the implication I took from her advice. When I was growing up women didn’t get into medicine. Or at least not too many women did. More women were becoming nurses and that’s the path I chose to take. I frustrated my academic advisor in college who was bent on a pre-med academic path for me, while I was not excited about being a trailblazer.

Over the years that decision is one I came to second guess, and yet I never went to medical school. Instead, having married and started a family I chose to become a nurse practitioner. My first children were a set of twins at a time when twins were not common. Suddenly I had both hands full with two young babies and a budding career.

My mom called me an Energizer Bunny, so the added workload didn’t seem to be too much of a problem. But like most people, I continued to add stress to my life until the cupboards were full. Two more children later and a husband who was beginning to show his true colors, (or at least a wife who was beginning to see them!), and stress had reached a peak.

In those years I learned many lessons, some of which I would have liked to learn by just being told! I had four beautiful children, a demanding career and a fresh divorce. Thrown into the fire, there didn’t seem to be enough time to complete one day’s tasks, and the future looked grim.

I realized I was in desperate need of balance in my life. And for me, balance has always meant physical exercise. Exercise has helped reduce stress and supported my eating habit. I was on the brink. I wondered what it would be like to check out completely. What would happen if I took time off work and sent my children to my sister’s home?  Could I learn new coping strategies, or would everything return to what had become “normal” later?

I knew I needed time, but I also knew I needed a change. Without change, time would do me no good. So, I sat down and I made a plan. Some things in the plan worked and some things didn’t. After months I hit my stride using strategies that are unique to my situation. That plan changed several times, but out of the chaos came order.  Here’s what I learned:

1. Get rid of excess baggage.

And then I slowly and methodically trimmed the fat. Most of what I trimmed wasn’t really fat, but in view of my limited resources, it was now fat. I was left with my children, exercise and a gaping hole where my fast-paced, demanding career had once been.

It wasn’t an immediate change, nor was it easy. I considered staying in medicine, and switching from pediatrics to nutritional counseling or wound care. I was looking for a specialty where I still engaged with patients, did some teaching but had reasonable work hour expectations.

2. Let go of one dream and grab another.

This is when I finally came to the realization that I would have to let go of one dream and grab hold of another that could support my family and give me the time and energy to raise my family.

From the time I was 14 I had been telling my sister and mother that one day I would make my living as a writer. My ultimate goal was to write a story about a horse – horses being my favorite animal and me being 14 years old.

I wrote that story about a horse when I was pregnant with my twins. It was on an ancient computer with floppy disks, where you opened programs from the c prompt. At the time, the computer wasn’t ancient, but the first of a kind PC home computer.

It took me some time to sort out how to make money from writing. Within six months I’d created a membership where people paid me every month for articles about health and wellness. I was barely scraping by – but without child care and with child support, I could cover the bills. After years of enjoying a healthy salary, this was a whole new experience.

3. Identify needs and wants – separate and then conquer.

Then the market crashed in 2008 and I lost 90% of my members and 90% of my income. But I learned a new lesson. It was time to identify what was a “need,” what was a “want” and then conquer the NEED. This wasn’t a financial decision. I had made those when the salary took a hit after I left my practice.

This was more about balancing my life so I could care for my children and grow my own business in the face of a floundering economy. Out came paper and pen once again and a new list grew of what I needed to accomplish and what I wanted to accomplish.

After painfully releasing the “wants” on the list, I could focus on the “needs” and push forward. The children were growing and becoming more independent. My four bedroom, full-basement home was quickly becoming an albatross. My business was crumbling, and along with it, my income.

In the midst of the chaos I learned I needed to embrace life. I had been moving through my days, head down, pushing to complete the tasks laid out for the day without lifting my eyes to see the sun. And my heart and soul desperately needed a rest.

It was then I discovered that I could enjoy the little things each day. I could find joy in making dinner with my daughter, jumping on the trampoline with my youngest or just watering my little garden and harvesting a few herbs.

Slowly, bit by bit, parts of me that I hadn’t realized were missing were suddenly found. I got to know me again and I began to enjoy my own company. I learned to love again, if only for a short time. But in those short months of respite I gained strength and courage to continue my journey.

When I learned to not only make a plan and stick to it, but to also let go of the inevitable mistakes, I suddenly found a new path and clients who wanted to work with me. Doctors and dietitians who had books burning inside but didn’t know how to get their ideas on paper. Years of pounding out articles, white papers and short books had given me the skill and expertise to help them. Years of building my own websites for memberships had given me the skill to do theirs.

Finally letting go of the past and giving myself the freedom to explore options without preconceived ideas of the outcome meant I found what I had been searching for. I found a way to develop balance and erase the pain. In the journey I became a better person and a better parent. I learned that developing balance is a process and it happens over time. Balance is a gift I give myself so that I can give to the people I love.

(Gail can be found at https://storyterrace.com/gail-morris . If you are struggling with your career and are considering other options, check out my book The Doctors Guide to Smart Career Alternatives and Retirement and see what you can do to make a change. If you want to find some ways to make your career less stressful, check out The Doctors Guide to Starting Your Practice Right and give your life and career a restart.)