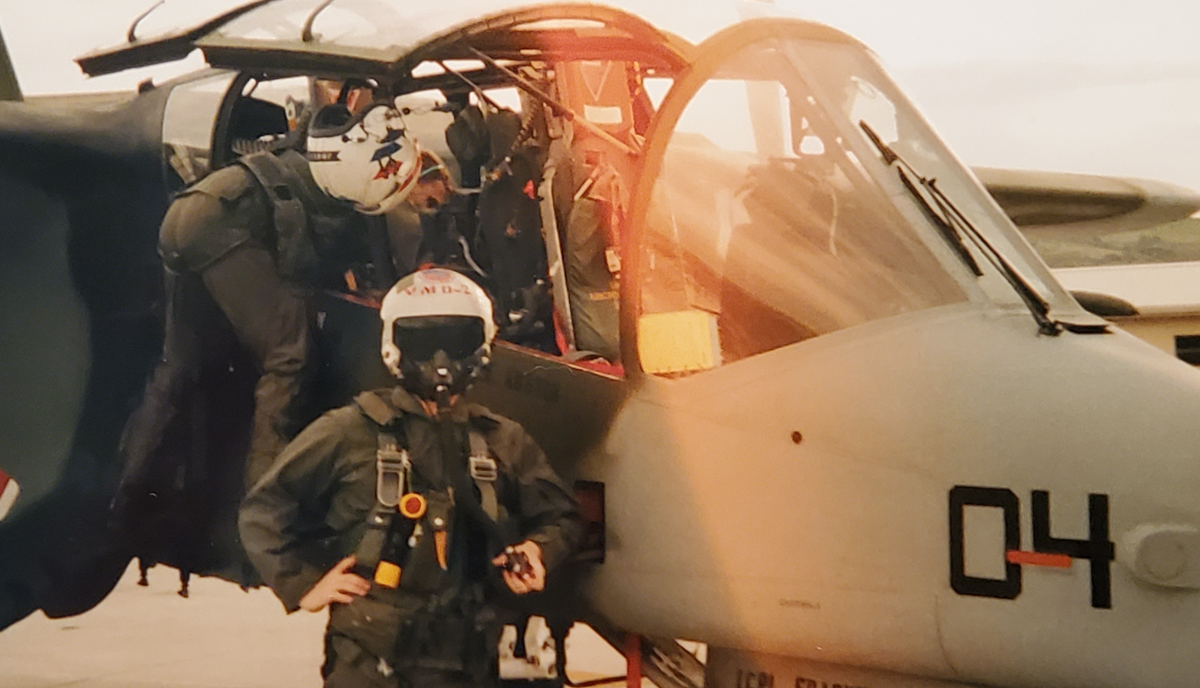 I attended medical school on a Navy scholarship. One of their requirements was to be on active-duty for six weeks every year. I was a flight surgeon at Camp Pendleton in Southern California for one of those stents. Many days I walked into the flight briefing room to look at the assignment board. On that board was a list of the daily tasks assigned to the pilots on the base. Every job had an important function to keep the pilots flight skills sharp. Each day one assignment on the board was “Fly a Doc.”

Each day one of the pilots would take me up for a flight. A flight surgeon needs to know the tasks of a pilot, so I got the works. One lesson I learned while I was a flight surgeon was altitude equals options. If a mechanical problem happens in an airplane, the higher you are in the sky, the longer you can remain aloft without engine power, and your options for seeking a landing site expand. If you are close to the ground when the mechanical happens, you don’t have any options. You go down right wherever you are.

On one training ride I was given the stick to fly the plane. I had a big smile on my face knowing I was actually being a pilot and flying a plane! It was fun and exciting. At least it was until the engine suddenly quit. Then I was terrified.

The pilot asked me what I was going to do now, with no engine power. I remember my answer well, I said, “The stick’s yours.” I knew my best chance of survival was with him at the stick. It turned out he had cut the engine power to practice a dead stick landing at a runway he spotted below. When he pointed out the runway to me, I felt a lot better. We had lots of altitude to work with and he glided right down to the runway. Just as he was about to put the wheels on the ground for a safe landing, he turned the engine power back on and we took off into the air.

It is the same way in personal finance. The higher your bank balance is when a financial crisis hits, such as losing a job, the longer you can stay afloat and the more options you will have. This is why it is silly to think about an emergency fund as a dead asset. It is not a dead asset, it performs a very important function, it provides safety and options in the event of an emergency. It provides your altitude.

All too often I read questions asking what to do with the money in one’s emergency fund. They don’t like that it only gets a tiny amount of interest when the money they have invested in the stock market, or real estate is getting so much more.

Some dollars are working to provide a comfortable retirement. Those dollars stick around for a long time and amass even more dollars. Their job is to multiply so there will be enough of them to get us through our retirement years when we no longer are earning dollars by working.

The dollars assigned to the emergency fund also have a very important job. They give us the altitude we need to have in case of engine failure (job loss). The more altitude (the higher the bank balance) we have, the longer we will be able to coast and look for a suitable place to land.

If we don’t assign any dollars to this job, we could be in trouble if our income producing engine fails. I met people in the homeless mission who had that exact problem. One man who worked in construction did not have anything in his emergency fund when he broke his leg and ended up in a non-weight bearing cast. He could not work, his engine failed, and he could produce no dollars to pay his rent and he lost his home.

What if that same man had set aside some dollars with the function of providing him altitude in an emergency? He would have had the chance to glide for a while, looking for a suitable place to land. He could pay his rent while he waited for his leg to heal. Three months later, still gliding, he would be back to work and his dollar producing engine would be keeping him aloft again. He would then need to replace those dollars that were used up keeping him afloat in the emergency.

I have witnessed many instances of physician engine failure where altitude would have come in handy. I have seen them be fired on a moment’s notice, have an injury that takes them out of the workforce for months, have an illness that has kept them off work for months, and suffered a stroke that stopped them from ever returning to work.

In each of these cases, it is far better to have the catastrophic event happen at high altitude than when flying close to the ground. The more dollars assigned to the important job of the emergency fund, the more options we have in a crisis.

I keep my emergency fund in an account that is not local. I never see that account. I only look at my checking and savings account balances. The emergency fund is out of site and out of mind. If I ever found myself without power, I know I could glide for six months on the money that I have tucked away in that account.

Safety nets under a flying trapeze are not wasted because they were not needed today to save someone who fell. The fact is, they were used every day the trapeze was used. Their value isn’t only in catching you if you fall, their value is in giving you peace of mind so you can do your job without worrying about falling. It removes worry from the equation. The trapeze artist performs much better without worry added to the act.

Strive to reach a balance of at least six month’s living expenses in your emergency fund account. Put it in a money market account earning the best interest you can find, and then ignore it for the rest of your life. You will know you are living your life with a safety net and you can live it without worry. A life without worry is a beautiful thing.

If you do find yourself in a crisis, with or without a safety net, get a copy of my book The Doctors Guide to Navigating a Financial Crisis.  It will help you get back on your feet. Or if you see a friend in need, get the book for them.

2 thoughts on “Altitude Equals Options in Both Aviation and Finance”