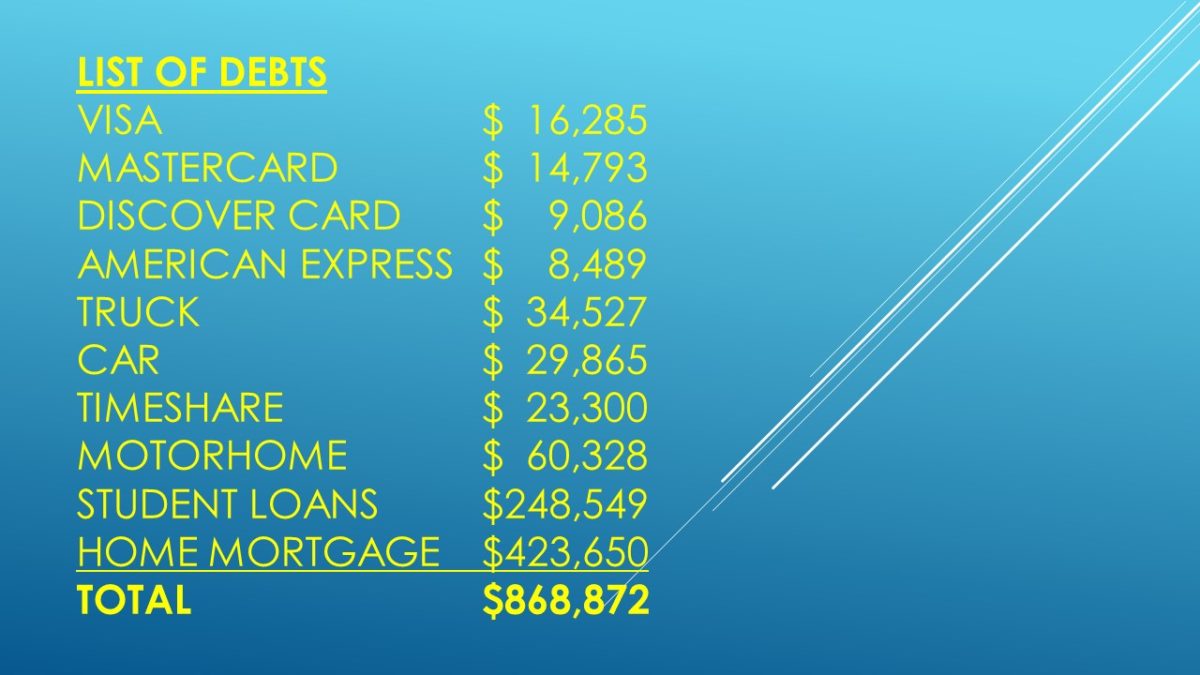 Doctors today are drowning in debt. That’s not a big revelation, but how did we get here? We moved in a little at a time, like a lobster in a pot of water slowly increasing in temperature until it finally dies when the water gets too hot.

Think back to a few months before your high school graduation. Standing in the kitchen with Mom and Dad, reading your first financial aid/student loan package from Dream College University. Is your hand shaking from the opportunity or in fear of the looming debt? You begin to wonder:

How will I ever pay it off?

How much will the interest total?

Can I afford this?

It’s a little scary, taking on debt for the first time. Maybe even horrifying.

Fast-forward to the final year in medical school. Eight years of “add it to my debt and I’ll pay it later” have passed. It was so easy to add more debt the eighth year. What will it matter if you borrow a little bit more?

If you take a moment to reflect on your borrowing years, you realize how it happened so gradually. You became so numb to the idea of debt, it meant nothing to you anymore. For eight years, you added to it and nothing happened. Life went on, and you kept getting what you wanted, always thinking it would be easy to pay later. This laissez-faire attitude sets you up to make some bad decisions.

Tim was one such patient with diabetic neuropathy, who bought a new pair of shoes for a vacation to Russia. He walked all over Saint Petersburg in those new tennis shoes. He came home and noted a fever and a bad smell coming from his foot. Those new shoes had caused a blister on his foot, but he couldn’t feel it due to the neuropathy. As he continued to walk on the blister, the damage got worse. Later, the blister popped and the wound became infected. The entire bottom of his foot was lost.

Informing Tim of the need for a below-knee amputation was not easy. He would have none of that. No one was going to cut off his foot. He had been a diabetic for many years and took excellent care of his feet, despite the neuropathy, and he wasn’t going to lose one now. He couldn’t feel the problem and he couldn’t see the problem, but the problem was there nonetheless. The top of his foot, which was all he could see, seemed a little red. I got a mirror so Tim could see the bottom of his foot. Only after personally seeing all the skin and subcutaneous tissue missing, and the tendons and bones visible, did he finally realize there was a problem—a serious problem.

This situation is similar to what debt is doing to doctors today. We don’t see the problem, we don’t feel the problem, and so what’s the big deal? Everyone else is doing it. Doctors are suffering from debtabetic neuropathy:

Debt is like poorly fitting shoes on numb feet.
Your financial future is rotting away
and you’re not even aware it’s happening.

Don’t let debtabetic neuropathy
get a foothold on you.

We need to stop thinking of debt as neutral. It is a bad thing and it is hurting more doctors every day. Make a concerted effort to get out of debt once and for all, and that includes your home mortgage. Become totally debt free! However good you think that might be, it is even better than that. Then all the money you earn is available for you to use now and not promised for things you did in the past. Set out to make 2016 the year you change your financial life forever.

Take the first steps by signing up for my free publications at DrCorySFawcett.com where you can learn more information about living a better life as a doctor. Then keep an eye out for my new book, The Doctors Guide to Eliminating Debt (Aloha Publishing, available on Amazon late October) and get your copy as soon as possible to start your journey to become debt free and totally regain control of your finances.

Doctors earn a nice living and there is no reason for them to stay a slave to debt. Get out of the debt swimming pool before you drown.