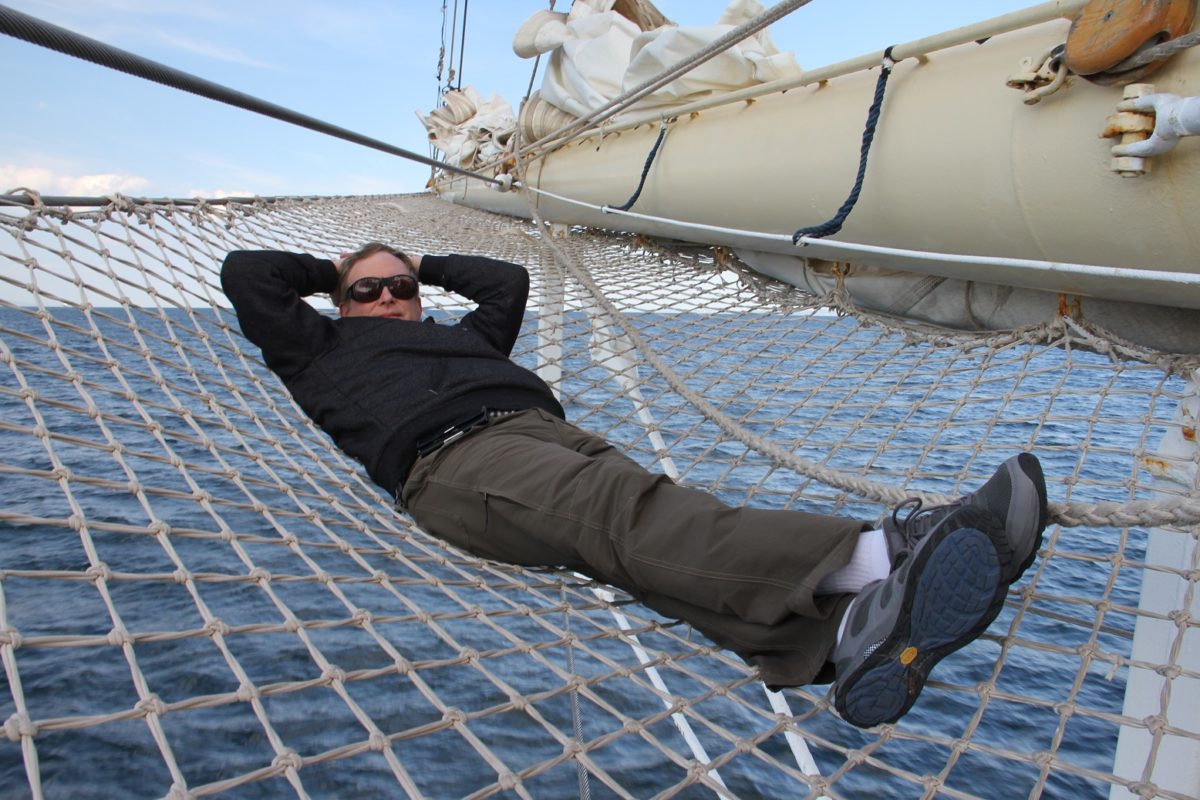 An unusual thing happened to me today; I was awakened by my phone alarm. Ever since I stopped practicing medicine ten months ago I have rarely needed to set an alarm to get up. Today when my alarm sounded, Carolyn commented that when she woke up, she thought we were in Spain.

Last Spring we were traveling through Spain on a two week bus tour. Each day we had to have our bags packed and out in the hall before we went to breakfast. So every night I would set my phone alarm to wake us in enough time to meet our deadline. That memory was triggered in her mind when she heard that unusual sound this morning.

My alarm was set because I was going to a breakfast meeting of the ASANTE hospital foundation. Back in my clinical days, I was a member of the foundation, helping raise money for our hospital. They invited all the old members to this annual meeting.

On the drive to the meeting, my wife’s alarm comment kept playing through my mind. Besides the lack of morning alarms, what other things had changed in my life over the ten months since my retirement? It is important to note that some people would not consider me to be retired. After all, I’m writing this blog, publishing books, speaking, doing podcasts, and coaching doctors. They would say I’m still working, just not as a surgeon, and that is the reason I have opted to call this next phase of my life repurposed instead of retired.

But I certainly feel retired. So, while I was driving, I began to list some things that are now different in my life that bring about that feeling of retirement. By the time I arrived, this blog was already finished in my head. I thought it would be fun to share with you a glimpse of what it is like to live my life of FIRE (Financially Independent/Retired Early).

The alarm clock issue is a big difference. I used to wake early to my alarm, make rounds and get to the OR by 7:30 am. Now I am able to wake whenever my internal clock says it’s time to get up. This is much more refreshing. If I get to bed early and sleep well, that may be 6:30 am. But if I stay up late or I don’t sleep well, I might not wake until 9 am. If I set an alarm, it’s because there is something fun I want to do that I don’t want to miss.

In my new life as an author/coach, I sometimes stay up too late. Usually it is because I am doing something fun that I don’t want to stop doing. It might be attending a play, talking to my son, visiting with friends, watching a movie, reading a good book, or writing a blog article. In my old life as a surgeon, those nights of being up too late were often because I was in the emergency department, the operating room, or trying to catch up on my charting.

Last week, at the annual medical staff Christmas party, I was honored for my 23 years as a surgeon in the community and elevated to emeritus status. They presented me with a gift card, a certificate of appreciation and a nice framed picture of the hospital with my years of service noted at the bottom. I, unfortunately, missed that meeting.

In years past, when I missed a medical staff meeting, it was almost always because I was the one on call that day and ended up at the hospital helping a patient in need of a surgeon. This year I missed that meeting because I was in Nashville, Tennessee, vacationing with my wife, my mother and one of her friends. We were having dinner at the Rain Forest Café next door to the Grand Ole Opry. If the chief of the medical staff had only consulted my schedule, he could have had the meeting when I wasn’t travelling. Without consulting me, there was only a 50:50 shot of catching me in town.

A few weeks ago I had to turn down an opportunity to speak about physician finance at an upcoming medical conference. This is something I love doing and I was very disappointed to turn them down. Back in my surgery days, I also had to miss meetings I wanted to attend. It was usually because that was my call weekend and I wasn’t able to change it. This time, the reason was still a scheduling conflict, but the conflict was a month long South American Cruise I had already booked.

My surgery days were filled with multiple urgent calls. They came from my office staff, patients at home, the hospital nursing staff, the emergency department and occasionally from the medical staff office. Now, I get an urgent call about twice a month, but this time it’s from another physician (or their spouse) that I’m coaching. They often have an urgent financial decision to make and they feel I might be able to help. These calls are never late at night and are often very rewarding.

During my surgical era, I attended many conferences. I often would work right up to the last minute and then hurry to the airport to catch a plane. My wife would stay at home as there was no point in her hanging out in the hotel while I was in a meeting all day. When the conference was over, I would have to rush out to catch a plane in order to be home for work the next morning. Sometimes I would even leave the conference early to meet the airline’s schedule. I would often get home very late and have to be up early the next day.

During my author era, I travel to meetings in a different fashion. The last medical meeting I attended was in Chicago. (I live in Oregon) My wife went with me for this two day conference. We left our house in our RV about four weeks before the conference and headed for Los Angeles. We then worked our way to Chicago exploring the entire length of Route 66. At the end of the conference, I stayed around to talk with doctors who wanted my advice. When there was no one left wanting to bend my ear, I joined my wife as we began a two week leisurely drive home exploring some other fascinating sites.

My current work week is a lot different. It consists of six Saturdays and a Sunday. I often find myself asking my wife, “What day is this?” I still work and have a purpose/mission. I write, attend conferences, take urgent calls and occasionally stay up late. But the circumstances surrounding these activities are a lot different now. I now have the freedom to do what I want, when I want, where I want, and with whom I want. To me that is the definition of retirement and true freedom.

What is your definition of retirement? Pick up a copy of my book The Doctors Guide to Smart Career Alternatives and Retirement to learn more about how you too, can have a repurposed life. I will continue to refer to my situation as repurposed, but every day I wake up without the blaring of an alarm, I feel retired.