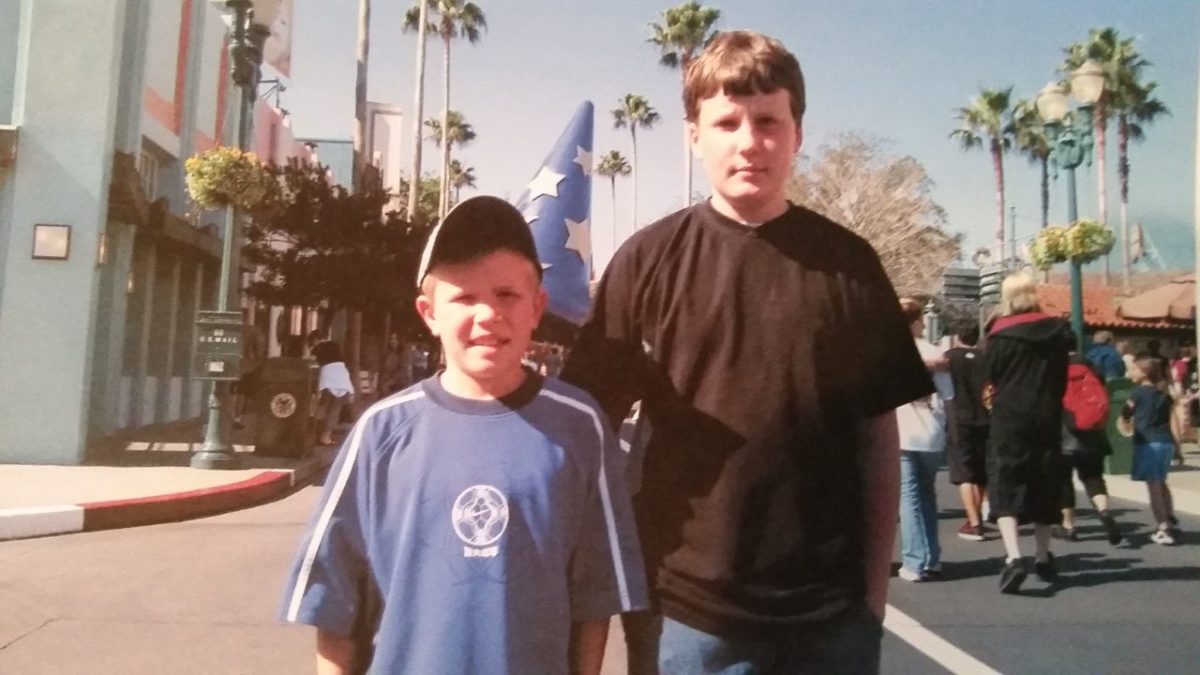 Kids watch our every move. Who hasn’t seen a young boy who imitates what his dad does. Even to the point of standing, just like dad, leaning up against a railing with his legs crossed, and a piece of straw hanging out of his mouth. They hear what we say at home and around the dinner table, especially when we are not talking to them. They watch how we spend money and use credit cards. They often do not understand what we are doing, but they pick up on the action anyway.

We started teaching our kids about money at a very young age. It all began when we were at Disneyland when our oldest son was in kindergarten. They each wanted me to buy them a souvenir. They choose the largest stuffed animal on display. I explained that a $250 stuffed animal was too expensive and they would need to find something cheaper. The kids were disappointed.

My wife and I discussed how to prevent this situation in the future. We decided to give them each $20 at the start of every vacation and they could spend that money on any treat they wanted or get any souvenir they liked. But we made it clear that souvenirs come from their own money. They asked us “If we don’t spend it all, can we keep the change?” They had already learned about “Keeping the change.”

Once the money was theirs to spend, they started thinking about things differently. They asked how much things cost. They asked what we thought of the quality of their desired purchase, after a tearful episode of buying something, with their own money, that broke a few minutes later. They became good comparison shoppers. They learned that the souvenir cup that came with their lunch, makes a great souvenir from the trip and they could then keep the whole $20.

They did buy some good stuff and even today still have some of the things they bought on our trips. Things they purchased with their own money had much more value than things I purchased for them. When the money became theirs to spend or keep, they behaved a lot differently. Spending other people’s money feels very different than spending your own. Our congressmen could use this lesson.

We also taught them the value of giving and saving. Each child had a box containing three jars. One jar was labeled tithe. They put the first 10% of any earned money in this jar and would periodically take it to church. They could give it to the general offering or any special project the church was doing. The next jar was long term savings and they put 20% into this jar. This money was to be put in the bank and used for something big in the future like a car, house or college. We deposited this jar into their bank account about twice a year. The final jar was short term savings and that one got another 20%. This was money they could use if they were saving up for something in the near future like a bike or a camera. They could tap this jar for something they wanted to buy soon.

The remaining 50% of the money they earned went into their pocket to be used however they wanted. This also gave them an appreciation of what taxes will do to their earned income, as we do not net the whole amount earned to put in our pocket to spend. Many times they felt that 50% was too much money burning a hole in their pocket and would put some more in one of the other jars. One of them favored long term savings and the other favored short term savings.

We spoke about money and debt openly at the dinner table. The kids didn’t participate much in the discussion but they heard the lessons. Upon attaining their first real jobs, we saw them doing the very things we had talked about. Both of them contributed to their retirement accounts during college. We gave them an incentive, much like you get from many of your employers. We would match any money they put into their IRA. My kids did not pass up this match, which was an instant 100% interest. Many employees have not yet learned this lesson and do not take advantage of their employer matching program. They leave a lot of free money on the table thinking they must have all of their earned income to live on now and they don’t think they make enough money to save anything for the future. An employer match to a retirement account deposit should almost never me missed.

Our kids learned the value of saving money and not spending everything they got. By the time my oldest son got married, at age 25, he owned a home and a rental property in addition to his IRA account, and had a net worth exceeding the average 45 year old American, and he was just 3 years out of college. His only debt was the two mortgages and he was making double payments on one of them. Our other son is still in college and has contributed to his retirement account as well.

This is what we did with our kids. What are you doing with yours? What kind of lessons are they learning about money by watching you? Have they watched you save? Do they watch you borrow money to buy stuff you can’t afford? Do they see you save up the money before making major purchases? Do they hear you complain about not having enough money? Have they learned to give to others by watching you? What do you want them to learn about money from you?

When I work one-on-one with high income families on their money makeover, I often find that they were not taught anything about money during their childhood, or they picked up some bad habits. I also find they have had no training in any form at any time during their life. While working with them we often cover new ideas that apply to their circumstances that they never had heard of or thought of before. This lack of financial knowledge is very common in America, yet we are one of the most prosperous nations in history. How ironic.

Since you are now reading my blog, and may have read my books, you are already ahead of the game. You are making an effort to learn how to do things better financially. You will likely succeed since you are now getting the training you need. Pass on this information to your children so they will not only do fine, but they will excel. You have the power to drastically improve your children’s financial future, by teaching them how to handle money well; giving, saving, spending wisely, and avoiding debt.

I’d love to hear any ideas you have used to teach your children about money. Make a comment on my blog and share your wisdom with the rest of us. We could all use a little more wisdom.