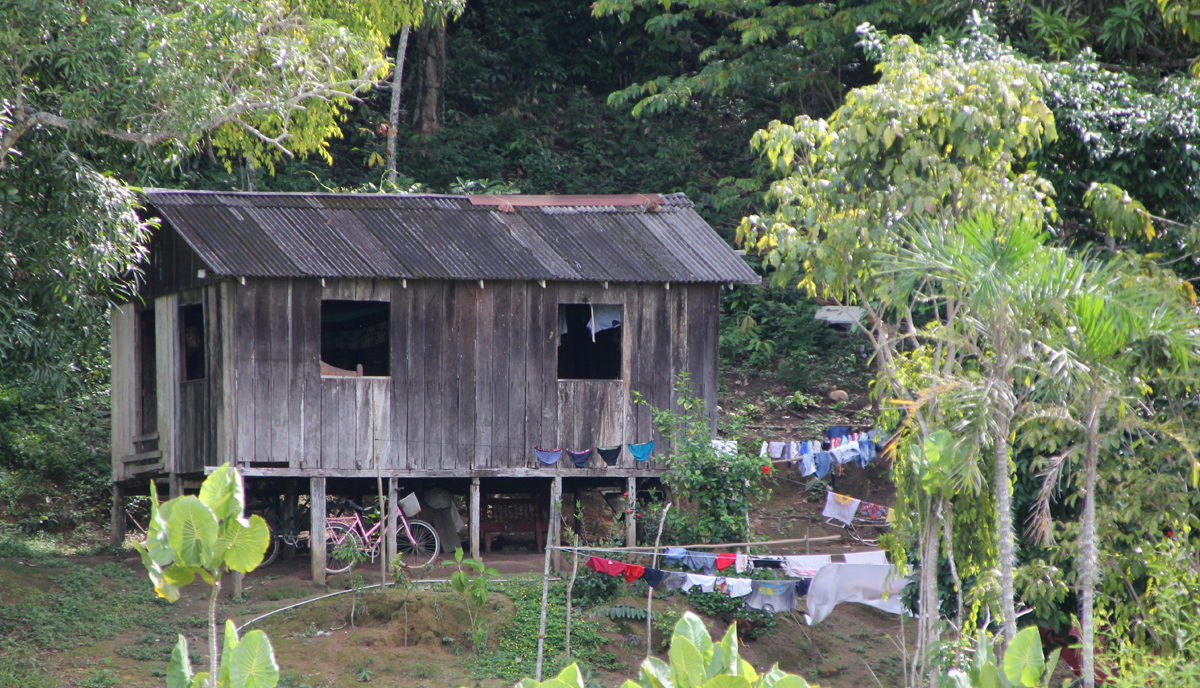 We have all heard the phrase “It is better to give than to receive.” So, why then do so many people have trouble being generous with their wealth? Why do so many feel they need to spend all of their income to support their lifestyle.

All studies on giving in the last decade hover at an average giving rate around 2% of earned income. But averages do not tell the whole story. When we learn that about 50% of Americans give nothing, we get a better picture of what is actually happening.

I was shown the results of a single church survey that looked at the giving patterns of their congregation. I noticed that the giving pattern of the regular attenders of this church had the same results as the general population. About half of them gave nothing. And this is a group that should be tithing, which is to give 10% of their income to the church.

America is one of the most prosperous nations in history, yet we only average a 2% rate of charitable giving. What’s up with that?

I remember walking down the street with someone when a woman approached us asking for money. She looked like she needed help. I felt compelled and gave her the $5 she asked for.  She said thank you as we walked away. The person with me felt compelled to explain to me why I should not have given “that woman” anything.

“She begs here every day.”

“She will just use the money to buy drugs.”

“He looks like a drunk and you are just supporting his habit.”

“Those panhandlers probably bring in more money than we make.”

I was disappointed to hear my friend complain about me giving away $5. If I had wasted that same $5 on a silly trinket at a tourist trap near the beach, I wouldn’t have heard a peep about how I was wasting my money.

Why is it OK for me to blow money on stupid stuff, but giving that same amount to someone in need is somehow a bad thing?

If I blow money paying 21% interest on my credit card for the trinkets I bought, I still won’t hear a peep.

But somehow giving it to the person begging on the street is a waste of my hard earned money, even though it made me feel good. I felt a lot more joy giving money to the lady on the street than I ever felt buying a trinket.

I recently did a television interview on the topic of tithing. I was asked why I felt more Christians did not tithe. I believe that when people earn what they consider to be a relatively small income, they often feel that they can’t afford to give 10%. They believe they need all of it for themselves. Those who earn a relatively large income, view 10% of their income as too much money to just give away.

Either way, little income or a lot of income, we can come up with a reason not to tithe or give.

When I first started earning an income, as an intern in my general surgery residency, I was not tithing and I gave very little away to anyone. My wife, on the other hand, was very generous and had been tithing all her life, even when all she earned was from babysitting. She convinced me to tithe and be more generous with our income after we married.

Even though our combined household income was less than $50,000 when we began our marriage in California, we still had all our needs met. I remember watching the news about a flood that washed away many homes and killed several people. The survivors didn’t have a home, but we did. They didn’t have anything to eat, but we had food in the pantry. They didn’t have anything to drink, but we could just turn on the faucet and get all we wanted. Everything they owned was gone, and everything we owned was all around us. In the big scheme of things, we were financially blessed.

As we increased our giving, I realized that we didn’t seem to miss the money. Which was also true for the $5 I gave the woman on the street that day. At the end of the day, I couldn’t tell whether I had that $5 bill in my wallet or not.

One day a man who just received a small inheritance asked me what he should do with his windfall. I asked him a little about his situation and found out he didn’t want to put the money in a bank because it would just be taken away. It turned out he owed about $20,000 in back alimony and child support. Although this inheritance would have covered his obligation, he refused to give any of his inheritance to provide for his kids. He felt he deserved all of it, even though he earned none of it.

How can we live in such a prosperous nation, yet be so greedy? How did we get to a point where we need to spend everything we make? We often put ourselves in a position, frequently by borrowing money and strapping ourselves with the payments, where there is nothing left to give to others or to save for our future.

From my experience, giving can be thought of just like a muscle. The more you use a muscle, the better and stronger it gets and the easier it is to lift something next time. Likewise, the more you give, the more you realize you can give without it effecting your lifestyle.

That is exactly what happened to me. The more my wife convinced me to give, the more I realized we didn’t miss the money and the easier it became the next time a giving opportunity came across my path. Giving gets easier the more we do it.

Fortunately, charitable organizations did not go bankrupt with this change. Those who were giving, kept on giving. Fortunatley, giving had become a habit.

I challenge you to be more generous with your money. The trouble with giving is we collectively don’t give enough. If you feel blessed, help others. The more you give, the easier it gets. The more generous you become, the less grip money will have on you and the more content you will feel.

If you are one of the 50% who give nothing, start by just giving something and work up from there, like I did. I assure you, you will not miss the money. Then you too will understand that it is indeed more blessed to give than to receive.

2 thoughts on “The Trouble with Giving”