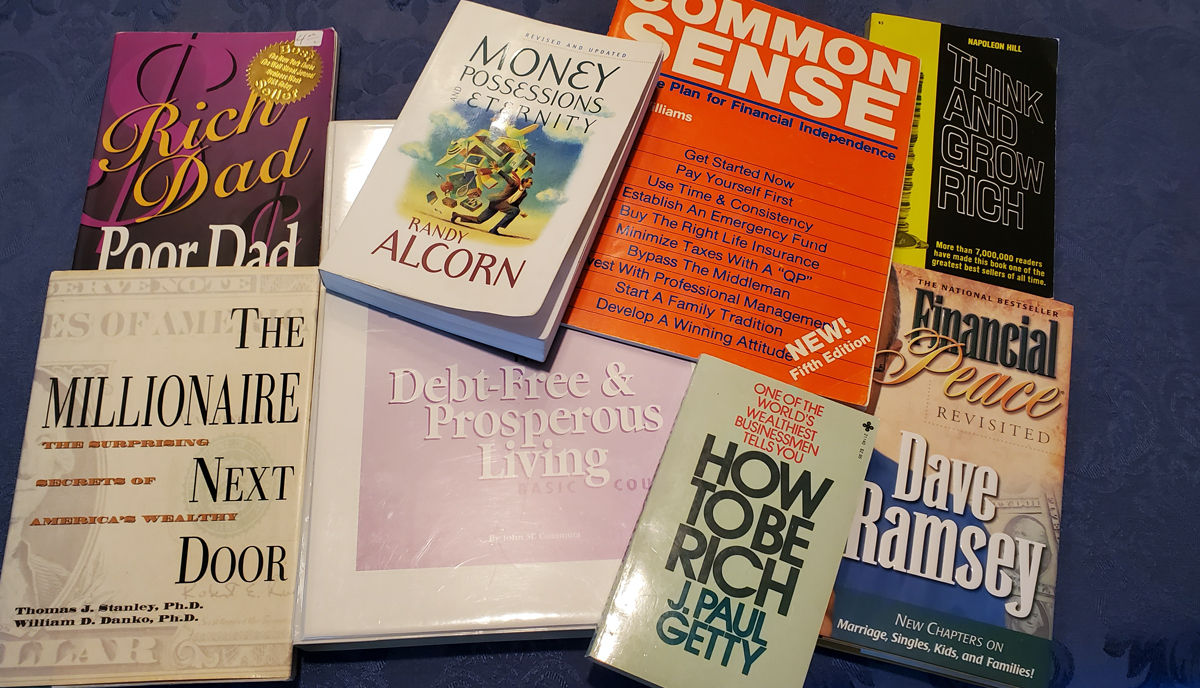 I recently read a post where the writer stated something to the effect that no one was teaching financial information to doctors until just recently. That statement is absolutely not true. The real issues were most doctors were not seeking this information until just recently and those doctors who were looking thought the information had to be specially written for them. Only recently, when student loan debt increased, did doctors start wanting to find solutions.

Solomon said, about 4,000 years ago, that there was nothing new under the sun. I suspect he was right. Mostly we rehash old information and pretend it is new. We do make some new discoveries, but for the most part, financial ideas have not changed since his time.

In the 1980s while in medical school, I began studying personal finance. That is when I chose age 50 as my target retirement date. At that time there was lots of great financial information available that wasn’t any different than what’s being taught today.  Let’s take a look at a publication I still keep handy in my office book shelf with a copyright date of 1983.

Following is a list of the first 7 principles covered in this publication. Notice that these topics are exactly the same topics that people are calling new and amazing financial strategies today, and that these strategies weren’t taught to doctors back then.

3: Use Time and Consistency

While in medical school, before there was an internet, I had already learned this information and formulated my plan. I didn’t like borrowing money to go to school, hence I joined the Navy so they would pay for medical school. When I got married during my internship, my wife and I decided to live on half of our combined income. The debts I accumulated after starting my practice got paid off early using a modified snowball method. I began funding my retirement through IRAs and a deferred compensation plan in January of 1989 as an intern, which was my first full time job. I followed my plan and hit my target of financial independence by age 50. I cut back to part time and then fully retired from medicine at age 54.

Information on the right way to do finance has been around for a long time. We needed only to look for it.

-Napoleon Hill published Think and Grow Rich in 1937 (It got me thinking.)

-Art Williams Published Common Sense: A Simple Plan for Financial Independence in 1983 (This is the publication I referenced at the beginning of this article. This book is responsible for the plan I laid out during medical school that had me financially independent by age 50.)

-Charles Givens published Wealth Without Risk in 1988 (I attended one of his live conferences and took his course during residency. His ideas helped me manage my own retirement funds.)

-Randy Alcorn published Money Possessions and Eternity in 1989 (The Bible’s take on money.)

-John Cummuta published Debt Free and Prosperous Living in 1991 (This is why I became debt free.)

-Stanley and Danko published The Millionaire Next Door in 1996 (Very inspiring to learn I was a millionaire next door.)

-I started my Doctors Guide Series in 2016 (It helped a lot of you reach your goals.)

The books on this list just scratch the surface of the financial books I have read. I’m not hearing any new concepts being taught today that haven’t been around for a long time. There are, however, some new tricks of the trade, like the backdoor Roth IRA which became possible in 2010, but it really is still just an IRA, which started in 1974. I was able to navigate my way to retirement without using a Roth product.

In the past, doctors weren’t as concerned with their personal finance because they made so much money they could afford to be sloppy with their money. Now they still make a lot of money, but their increased student loan debt is haunting them, so they have increased their efforts to acquire knowledge on finances. It is true, this is not, and probably shouldn’t be, a part of medical training. There is so much to learn and just not enough time to teach the information needed to be a good doctor, so I doubt financial teaching will ever be a part of the bulk of medical training institutions. Although some medical schools have started to teach finance to their students.

Personal finance information is much more available now with the internet than it was when I was first learning. I needed to go to the bookstore to buy a finance book. I also subscribed to a few financial newsletters and magazines which arrived in my mailbox once a month. Today, I can Google the same information and have it at my fingertips in a moment. I can also download a new book on my Kindle and start reading without even leaving my desk.

Now there are dozens of blogs aimed at teaching personal finance to physicians. I started my business because I felt that doctors were not catching on to the mainstream financial teachings. Since the mainstream numbers were geared for the average earner, high earners had the mistaken assumption the information did not pertain to them.

When I taught Crown Financial Classes, or talked about financial topics in the doctors’ lounge, or over an operation, I noticed the information was going right over the doctors’ heads. When I talked about becoming debt free, doctors would say that it would work for their nurse, but as a doctor, their debt was way too high to get it all paid off quickly. This of course was not true, as the amount of debt you can tolerate is proportional to your income.

So I started teaching with bigger numbers in mind. Doctors don’t get excited about a person who just paid off their $50,000 debt, when their own debt is $550,000. But when I tell them I paid off more than $500,000 in less than six years, they can’t say it doesn’t pertain to them. When they find out I did it, they can relate.

When I began publishing my award winning/best-selling Doctors Guide series of books, doctors could relate to the examples in the book because the books are geared to the upper income earners. I was one of them. If I could eliminate my debt and retire in my 50s with a very nice lifestyle, then so could they. It seemed I just needed to repackage the old information and tell doctors it was geared for their income level. But the reality is, the concepts are the same. Becoming debt free is the exact same process at every income level. There are just more zeros involved.

Is a doctor really in a different situation when she can’t make her airplane payment, then when her nurse can’t make his vacation home payment? Not really. They are both spending more than they make and it is coming back to haunt them.

“Spend less than you make, invest the difference, and do it for a long period of time.”

It really is that simple, but we doctors tend to make things more complex.

If you are having trouble making it simple, then read one of my books on the topic you need help with or contact me for one-on-one help and I will help you see the simplicity of money. You got this. It is not new. If other people have been doing this for decades, so can you. So start getting your finances in order today.

1 thought on “No, Personal Finance for Doctors is NOT New”