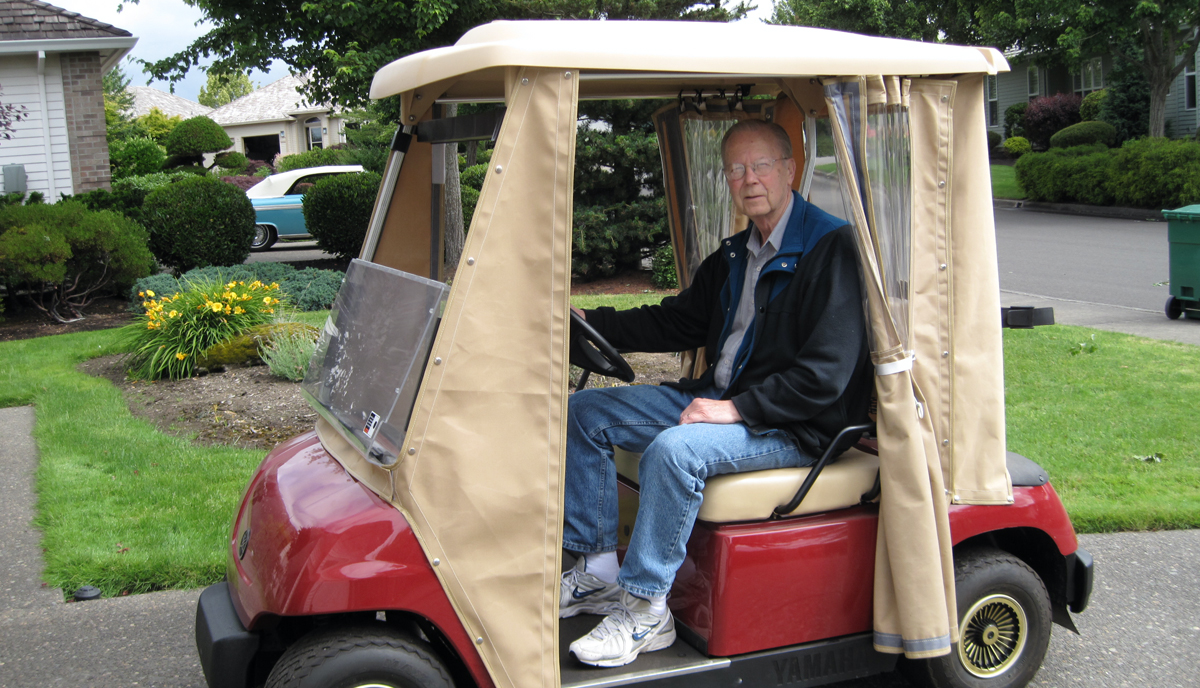 Many doctors are talking about retiring early from medicine. In fact, about one third of doctors in the U.S. want to either quit medicine or make a major change in their practice. But many doctors don’t want to retire early; they want to find ways to enjoy practicing into their 70s. Both of my senior partners loved the work and waited to retire. But as we age, we don’t have the stamina we had in our 30s, so modifications are in order to continue practicing.

Following is the story of one such doctor who loved his orthopedic practice until he retired at 78, not because he wanted to, but because his job ended when the clinic he worked for went out of business. He made modifications over the years so he could accommodate an aging body. He prefers to remain anonymous.

I grew up with eight siblings in a small town in South America where my father spent 30 years as a general practitioner. I always wanted to follow in his footsteps.  In 1968, I completed my medical education and began my practice at age 25. Two years later, when the civil unrest in my country made things unsafe for me, I fled to the United States, the land of the free.

Before I was allowed to practice, I was required to do a US residency, so I completed an orthopedic residency and started my practice in New Mexico.

By the time my residency was finished, the governmental leaders that caused all the unrest back home were overthrown, and I felt compelled to return to my homeland to practice as my father had. I worked in the US for three years in order to save enough money to go back home and start up a new practice.

Unfortunately, when I returned to my homeland things had changed. To them, I was a foreign medical graduate because I trained and practiced in the US. I no longer had the local contacts I needed and could not get a good referral pattern established. I went broke and gave up the notion of practicing in my homeland and headed back to the United States where things had gone well for me.

I returned to the US in 1982, at the age of 39, broke and with a wife and three kids in tow. Some of my siblings had moved to California, so I decided to find an orthopedic job near my siblings.

I started out at a trauma center and within a few years I was the chief of orthopedics. Life was good and I loved my very busy practice. Seven years later, at the age of 46, the trauma coverage was beginning to weigh on me. I was not able to handle the long nights and keep up with the fast pace the day after I took call. I still loved orthopedics but needed to slowdown in order to continue practicing.

I decided to give up trauma, so I left the trauma center job and opened a solo private practice in 1989. The slower pace made my work enjoyable again.

By 2000, at the age of 57, my back trouble began to cause problems. I had an earlier injury that seemed to worsen with age. I decided it was time to make another shift in my practice to accommodate my aging body. I gave up taking call. The reduced work level allowed me to slow down a bit more and continue practicing, even with some back pain. I still loved what I did and had no thoughts of retirement.

In 2004, at the age of 61, the trauma center where I previously worked needed help as they were short staffed. They asked if I would be able to help out and take some trauma call. I agreed to help them on a part time basis while I continued my private practice.

I soon realized why I had given up trauma and call, which were both hard on my older body. I helped them for three years at which time they had hired new partners and also had residents to help. So when I was no longer needed, I stepped away from the trauma center again.

In 2007, at the age of 64, I was back to no trauma and no call in my private practice. What a relief to go back to my lighter schedule.

By 2015, at the age of 72, I was contemplating retirement. I had enough money saved to retire, but I wasn’t sure I could give up being a doctor just yet.

Word got out that I was thinking about retiring. Since I had been helping a nearby VA hospital cover for vacations in their orthopedic department, and they were short staffed at the time, they approached me to see if I would be willing to work for them to help with their backlog of hip, knee, and shoulder replacements patients.

I said yes, closed my private practice and became an employee for the Veterans Administration. This career change removed all the administrative responsibility of running a private practice. I could just go to work, do the part of my job I loved the most, replacing joints, and go home. Yet another step to decrease my workload.

By 2018, at the age of 75, I started noticing that I was making small mistakes while operating. It was nothing anyone else could see, but I knew it was happening. I worried that these small errors could lead to a big mistake in the future and I could harm someone. It became clear to me that I needed to stop operating.

I stopped doing surgery and began to work for an injection pain clinic three days a week.

In 2021, at the age of 78, the pain clinic was shut down due to budgeting issues. So I thought that was my cue to hang it up and move into the retired phase of my life.

I was happy to have practiced medicine for fifty-three years. As I aged, I simply made modifications to my practice to accommodate a body that was continually slowing down.

In my retirement years, I don’t intend to sit idle. I am now working on starting a charitable foundation to pay the full tuition for twenty medical students every year who are from California. In exchange for a full ride scholarship, the students would agree to practice in an underserved area in California for the first three years out of training. If you would like to donate to this foundation, and help medical students complete their training debt free, please contact Dr. Fawcett and he will get my foundation in touch with you.

I am also giving lectures at local high schools and creating a summer internship program for high schoolers to see what it is like to be a physician. My goal is to encourage kids to choose a career in medicine.

I have also volunteered to give vaccinations for COVID.

All in all I’m staying busy even in my retirement. At every age, there is a way to be a productive member of society and I intend to keep on contributing until I am no longer able to do so. By making accommodations in your practice, it is easily possible to work well into your 70s and still enjoy what you do.

If you are contemplating retirement, please read The Doctors Guide to Smart Career Alternatives and Retirement before you pull the trigger. You may find great ways to continue to contribute to society, like I did.

24 thoughts on “How to Enjoy Practicing Medicine Into Your 70s”