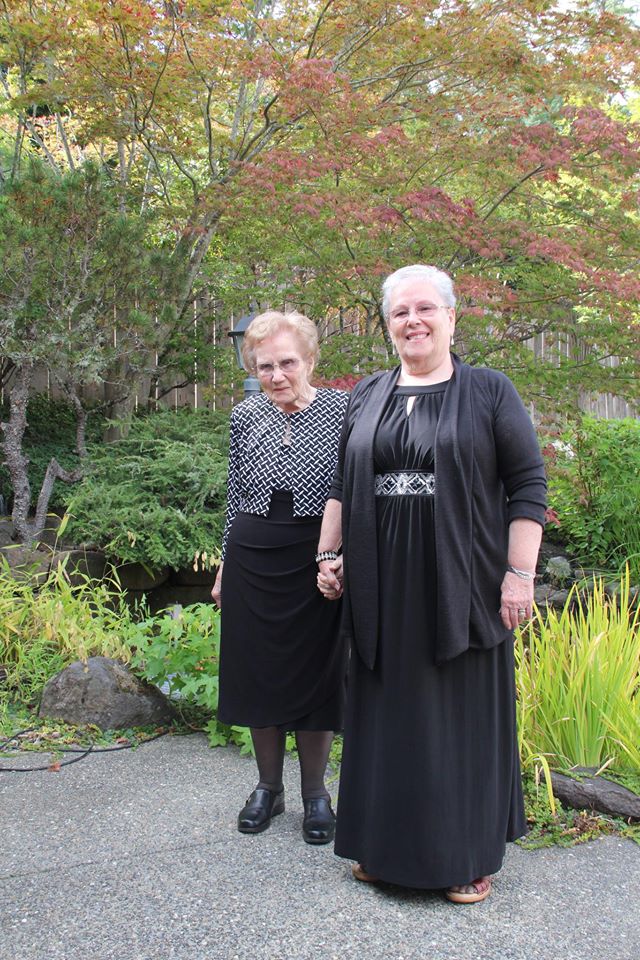 Many people never get the opportunity to enjoy their grandparents. Your grandparents may have died when you were too young to know them, lived too far away, or were so frail they couldn’t play with you. I was fortunate to know all four of my grandparents. I lost both grandfathers to cancer before I was old enough to drive and my oldest grandmother passed away last year at age 96.

In 2013, things changed when one of my grandmothers, who was diagnosed with Alzheimer’s disease a year earlier, took a turn for the worse. During a Christmas visit, for the first time in my life, Grandma didn’t know me. I was devastated. Afterwards, I sat in the car holding my wife’s hand as the tears rolled down my cheeks. I had lost my grandmother. Her body was there but her mind was not.

With every visit, it became harder for me to remember what she was like before Alzheimer’s disease took her away from me. Visits with her at the memory care facility have replaced my older memories of Grandma. I can’t remember what it was like when her memory was normal.

Many doctors are going through a similar loss, only the setting is different. You have spent so much of your life in debt, you can’t remember what it was like to be debt-free. You are in the later stages of Alzheimer’s debtmentia.

You might have borrowed some money for little things while still in high school, but you likely didn’t have any debt back then. While still living with your parents, a part-time, minimum-wage job was sufficient to provide you with spending money. In general, if you didn’t have money in your pocket, you couldn’t buy anything. You didn’t have a credit card to pull out when you wanted something. You couldn’t go to the bank and ask for a home equity loan. You had to save your money before you could spend it.

My first big kid bicycle was an orange Schwinn Varsity ten-speed. It was the first big ticket item I remember wanting to buy. My parents had agreed to pay for one-third of the cost, if I provided the rest. It was $112 dollars and I worked hard at odd jobs all summer to save the money. In 1973 there weren’t a lot of job opportunities for an eleven-year-old who wanted to buy a bike. By the end of the summer, it was mission accomplished and the bike was mine. I’ll never forget the feeling of accomplishment.

Most people can recall a similar childhood experience. It felt so good to bring home the long-sought-after item, when you worked so hard to earn the money first. There was pride of ownership. You seemed to take better care of the things you had to work hard to get. Then somewhere along the way, you forgot that valuable lesson.

The real debt lifestyle began in college. Student loans, car loans, home loans, financed vacations, credit card charges, etc. You changed to a new lifestyle, borrowing to get what you wanted, and forgot the old way of only spending what you had in your pocket. Out with the old and in with the new. You grew so accustomed to debt that it became the natural order.

If that is you, and debt seems like the normal way of life now, you are suffering from Alzheimer’s debtmentia. You have been in debt for so long, you can no longer remember what it was like to not owe anyone any money. You can break away from this disease, there is a cure. The Doctors Guide to Eliminating Debt spells out a step by step method to conquering Alzheimer’s debtmentia. Get back to the way it was, when all the money you earned was yours to keep and not earmarked for loan payments. You earned it, you keep it.