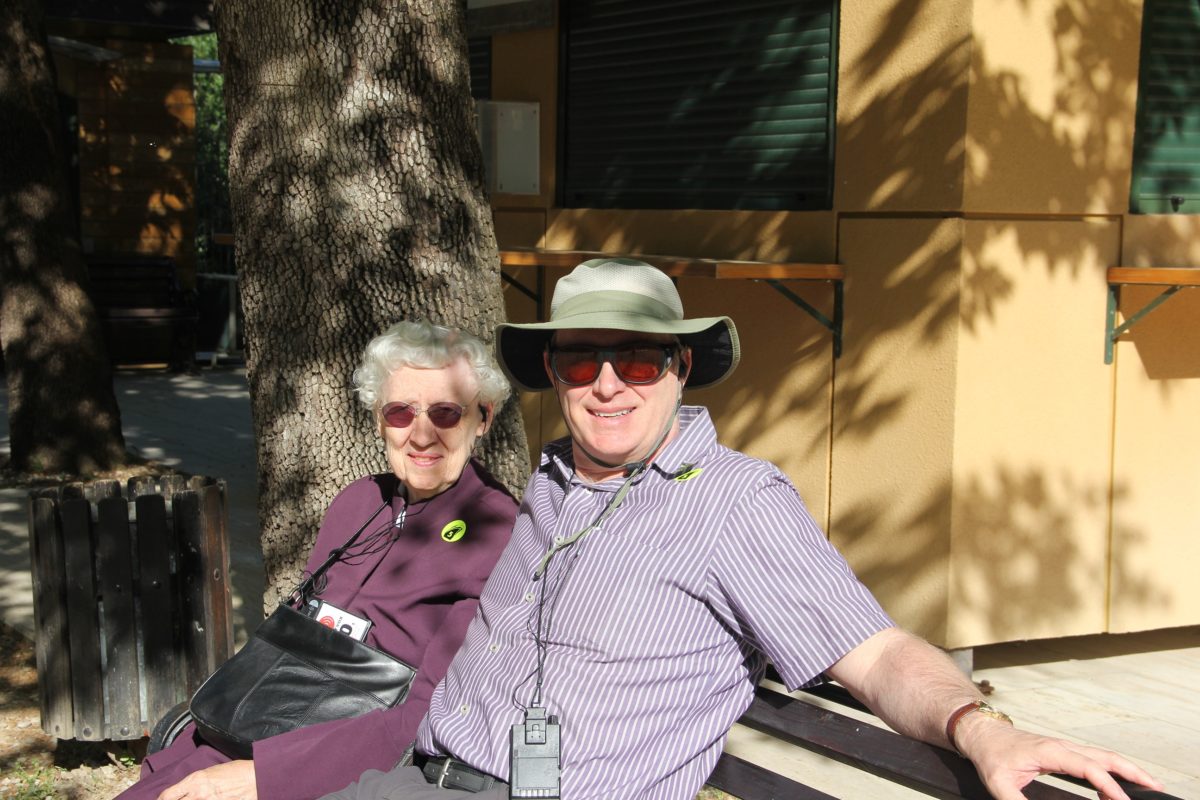 Aunt Etta And I in Greece.

This is a controversial topic that I believe has no controversy for the high-income earner. Beginning to take your Social Security payments before your designated full-retirement age—for me that’s 67—will result in a lower monthly payment. Waiting until later, such as at age 70, will increase your monthly payments, but you lose out on all the money you could have taken for the prior years—an opportunity cost.

This question is similar to the choice of going to medical school versus starting to work right out of college. If you start work right out of college, you will have a lower income. If you go to medical school and residency, your income will likely be greater, but you don’t start it for another seven to twelve years. You will not only miss out on the income all those years, but you will also be paying interest on the money you borrowed to get through school. It is a trade-off that is easier to make when you are young and likely have many years ahead.

When you reach retirement age, your risk of dying in any given year is climbing. So your chances of collecting that higher Social Security payment long enough to surpass the earlier payment drops each year. If you think of this as a linear equation involving the money collected, the breakeven point is around age 79. If you will live beyond that, you are better off waiting until you are 70 to collect Social Security. If you don’t believe you will make it to 79, then start collecting at 62. The reality is, you don’t know how long you will live.

When you calculate how my benefits play out by starting Social Security withdrawals at age 62 ($1,868 per month), 67 ($2,818 per month), and 70 ($3,511 per month) according to the information sent to me by the Social Security Administration, you will often hear this advice, “If you don’t need the money to live on, wait until age 70 and draw the larger number.” But if you don’t need the money, you could invest it rather than spend it if you were to take it early. That means you should be taking into account the interest accruing on each of the three choices.

If I were to begin taking my $1,868 a month at age 62, and I am living off my retirement funds at that time, I can now leave $1,868 a month in the retirement account and let it continue to grow while I use my Social Security payments to live on. Thus the overall return on my retirement plan will effectively apply to the Social Security payments. With this in mind, the calculations take on a whole new outlook. This also leaves out the effects of avoiding any taxes the retirement plan money might require to be paid. Older people may not have a Roth alternative available in their plan and will be paying taxes on the withdrawals. Younger people should have a considerable portion in Roth accounts and no taxes enter the equation. So for this example, we leave out the taxes and just look at the effect interest will have on the decision.

Interest accumulation changes everything, since at 6% interest, I will be 90 years old before I would do better by waiting to take my money until age 70. Not very many people live to age 90, and most will be able to average better than 6% return over the long haul. At an 8% return or higher, no one has lived long enough to benefit from waiting until age 70 to begin the withdrawal since Noah’s time.

So even if you don’t need the money, take it as soon as possible and use it to avoid pulling money out of your retirement plans. You will be better off financially for the choice. If you do need the money, the question is moot. The only reason for a doctor to delay taking Social Security is to still be working. There are penalties to taking Social Security payments while you are still working, if you do so before you reach full retirement age. As soon as the penalty no longer applies, take the money and invest it.

If you are looking for other useful information for your retirement planning, or would like to see the graphs of these figures, check out my new book “The Doctors Guide to Smart Career Alternatives and Retirement.” It was written for the doctor who feels like they are ready for a big career change or retirement.

9 thoughts on “Deciding When to Take Social Security”