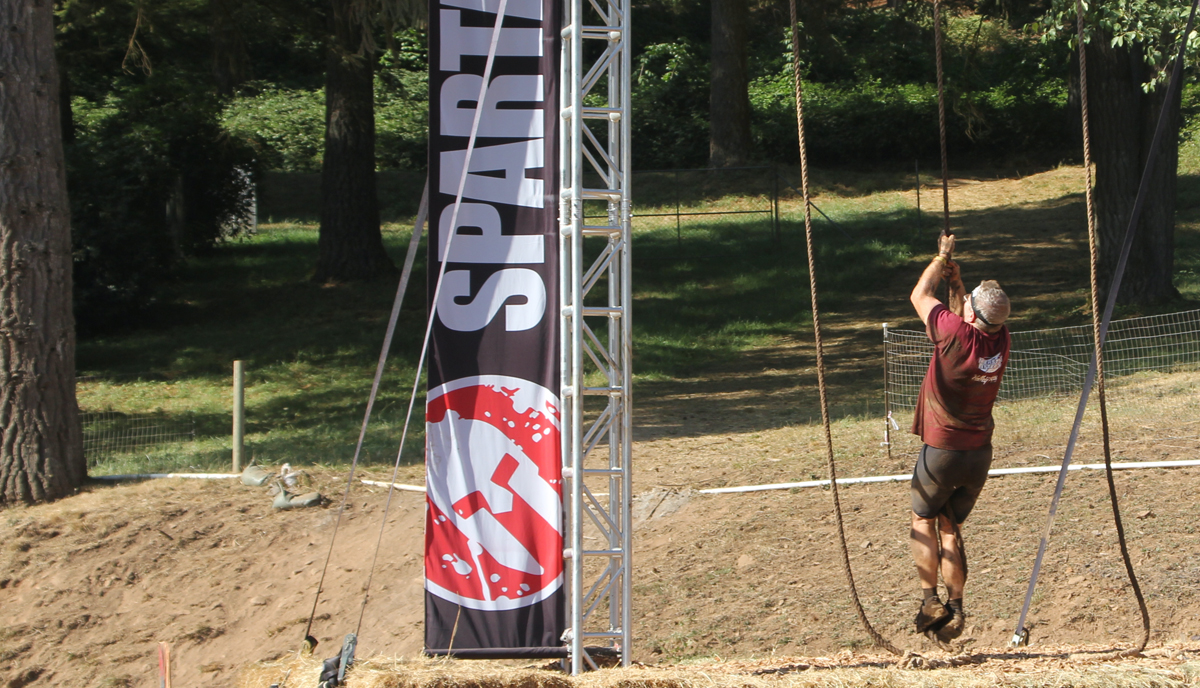 I never really understood the concept of being at the end of my rope, hanging on for dear life, until I experienced it myself. How can someone with MD behind their name, the cream of the crop, end up in tears and unable to go on? Doctors are one of the most resilient groups of people on earth, yet here I was in tears.

A lot of people must experience this because there are many phrases to describe it:

Hanging on for dear life.

I’m on my last straw.

The straw that broke the camel’s back.

These are also good descriptions for what happens when someone becomes burned out. I thought I was too tough to burnout or reach the bitter end. Once we make it through medical school, the rest should be a piece of cake. Right? Then one day it isn’t, and you are at the end of your rope, like I was. I remember the day like it was yesterday.

I was a new intern at Kern Medical Center in Bakersfield, California, on the neurosurgery service.  At this hospital, there were no neurosurgery residents, so that job fell on the shoulders of the general surgery residents. The team consisted of myself (the new intern), a neurosurgery fellow (A neurosurgeon from a foreign country who couldn’t practice in the US until he completed a fellowship), and an attending.

Most of the routine work fell on the shoulders of the lone intern on this service, as the other two were essentially attendings.

The neurosurgery service was very busy in Bakersfield as blunt head trauma and gunshot wounds to the head were a regular occurrence. The latter came from the high level of gang activity in the area at the time.

I was on call for the weekend, which was a 72 hour stent. After which you were expected to work your normal Monday schedule.  This was before work hour restrictions for residents.

As a newly minted MD, I didn’t yet know how to do everything that was expected of me. For example, I had never run a code blue, yet now I was expected to be the leader of the code.

This call weekend gave me the opportunity to run my first code blue. I was in the ICU when the code was called in the next room on one of my neurosurgical patients. I ran into the room and found one of the nurses had started CPR.

As I stood at the foot of the bed, in charge of the dying patient undergoing chest compressions, all my training escaped me. Fortunately, at teaching hospitals, the nurses are familiar with having new, green interns every summer. One of the seasoned nurses in the ICU stepped up behind me and began to whisper into my ear.

She would say something like, “This might be a good time to give one amp of epinephrine.” She was right and I would yell out to “Give an amp of Epi.”

Then she would say, “The cardiac monitor looks like ventricular fibrillation. We should shock that.”

I would look at the monitor and see she was right again and yell out, “Charge the defibrillator to 200 Joules and shock him.”

This went on for a while, finally she whispered, “He has been flat line for quite a while now, do you think we should call it?”

Then I said, “It looks like this is over. Does anyone object to stopping at this point?”

There were no objections. So we stopped CPR and I declared him dead.  I went to write a note about the code and the time of death in the patient’s chart only to hear another code blue called on another one of my patients. I had several neurosurgical patients in the ICU that weekend.

This particular weekend turned out to be the worst call weekend of my life. Seven of my patients died all having severe head trauma, most of which were bullets through the brain. They were not expected to live through their injuries, but since they didn’t die in the field, we kept them alive for a few hours. After which they passed away in the ICU following an unsuccessful code blue, run by this new intern.

All doctors go through the experience of a code blue, during which our anxiety level increases and our adrenaline level becomes very high.  Once the event has ended, it takes a while to calm back down from the tension. With seven deaths in the first 48 hours of my shift, I didn’t have time to decompress and recover before the next one happened.

They just kept stacking up on me. On top of that, I was the one who had to call the family and tell them their love one died. My first call like this as a new doctor was to a mother in Mexico who did not speak English. She didn’t even know her son was in the hospital with a gunshot wound to his head. That was a very traumatic call for me.

Through an interpreter I told this mother that her son had been shot in the head earlier that day and had an emergency craniotomy to relieve the pressure on his brain. He passed away shortly after the surgery.

During the first 48 hours on call, my service admitted seven severe head injuries, operated on most of them, and they all went on to die a few hours later. This was in addition to the work needed for all the other patients we had on the service.

By Sunday at lunch time, I had not had any sleep since I started work Friday morning, about 56 hours earlier.

I was truly at the end of my rope. Working solid for 56 hours, dealing with unsuccessful codes that were futile in retrospect, assisting in surgery, admitting people from the emergency department, pronouncing people dead, calling families all while not having any time to decompress from these very stressful events. There was literally too much work to be done for one new intern.

Sunday at lunch time, I was sitting in the cafeteria with the fellow on our team when I broke down crying. I couldn’t do this anymore. It was too much for me as a new doctor. I had never been under this much stress and pressure. I felt like every one of those deaths were my fault. It was me who didn’t keep them alive. All of those patients were going to die no matter what we did, but I didn’t realize that yet.

I told the fellow I couldn’t do this anymore. I felt like I was not cut out to be a doctor if I couldn’t even keep these few patients alive. I didn’t see any other interns crying in the cafeteria, so they all must be better than me. I should just quit now before someone else dies.

The fellow told me something that I had not yet realized. None of this weight should be on my shoulders. I was the intern, not the attending. The weight of the deaths belongs on the attending’s shoulders. I am just helping him with the work load.

His words helped me realize that the deaths were not my fault and I was shouldering responsibility that was not mine to shoulder.

He asked if I had time for any sleep yet; I told him no.

That was a big part of the problem. I was beyond tired and beyond my breaking point. So he said, “Give me your pager. I’ll do your job for a while and you go to the call room and get some sleep. I’ll come get you in four hours.”

I gladly gave him that stupid pager that never seemed to stop going off. I just couldn’t seem to get caught up with all the work that kept piling up. I went to the call room, fell on the bed, and didn’t move for four hours.

I went back to work and was fine for the rest of my rotations. I also never experienced another stress filled, death ridden weekend like that again. What I initially believed was a normal intern call weekend, was actually a severe anomaly. It was a super trauma weekend.

It just so happened that the worst trauma weekend of my life happened as a brand new intern, a young doctor who was not yet ready to handle the load. A young intern who had not learned that all the weight of the patients on the service did not sit on his shoulders. A young doctor who found out he was not Superman and had no special powers. A young intern who eleven months later was surprised to be nominated for intern of the year. (The award went to a deserving internal medicine intern.)

When you reach the end of your rope, stop and talk with someone who has been there. Don’t try to climb back up the rope on your own. Glean wisdom from those who have previously climbed that rope and have been in those shoes.

In medicine, after tending to an emergency in which the patient dies, often we have no time to process what happened and come back down to a normal adrenaline level. We have a bunch of other patients that still need us. We are expected to shake it off and go see the next patient in bay 6.

I hope you never go through what I went through that horrible weekend. But as a physician, you are likely to have some trying times of your own that are just as bad. Understand that it will pass. Get some sleep. Regroup. Talk with someone about it. And you will be able to continue on.

You don’t need to quit medicine, like I contemplated that Sunday afternoon. Just work to change the things you can and make your practice into something you enjoy.

If you need some help to enjoy your work again, reach out to me for some coaching. I’ll help you walk through it and look for things you can do to make it better.  I’ll help you take the steps that will lead you to love your career and life again.

There are a lot of things in medicine that can take us to the end of our rope: Death, complications, malpractice cases, lack of sleep, too much call, family issues, and so much more. You don’t have to do this alone. We are all in this together.

Leave a Reply to The Darwinian Doctor Cancel reply