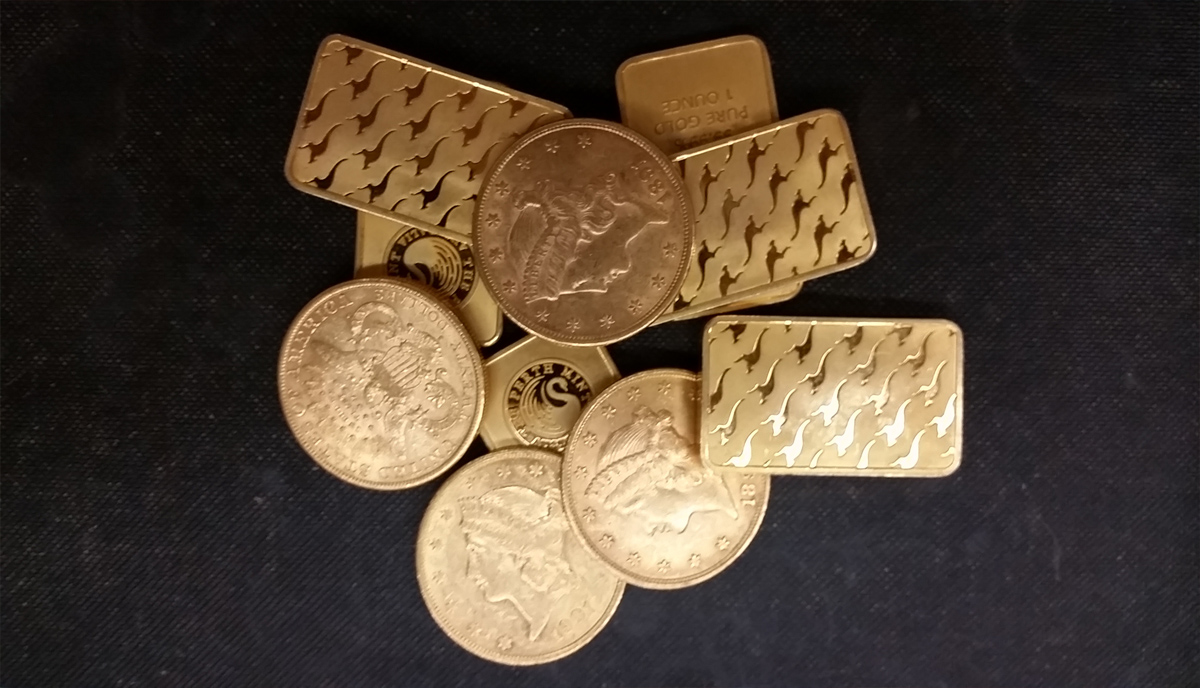 I often hear people talking about their “investment” in gold. Then there are those who have a “diversified portfolio” and gold is one of their forms of diversification. I’ve encountered people who have $60,000 worth of gold bars in their home safe, in case of a major financial crisis. We all see the celebrities pitching gold on national television ads with “now is a great time to buy gold.”

If you see major advertising campaigns with celebrity spokespersons pitching for you to buy a commodity as an investment, you can bet that now is the time to sell, not buy. If it was a great time to buy, those companies wouldn’t be spending millions of dollars trying to convince you to buy their product. Never buy gold unless it is a nice piece of jewelry you will wear.

Investing is putting your money in a place where you have a reasonable expectation that you will be getting a return in the form of appreciation, dividends, interest, capital gains, or income. Gold provides none of these aspects you expect from an investment. That is because gold is a commodity. Commodities are agricultural and natural resources like oil, gas, corn, sugar, wheat, silver, and gold.

Commodity trading is short term bets people make on what they think a commodity will be trading for in the future. It is the ultimate example of trying to time the market. We know that when it comes to investing, timing the market doesn’t work. No one knows what tomorrow will bring, or when the market will be at a peak or a trough.

I have tried to time the market a few times in my life. My track record isn’t any better than anyone else’s. I finally got the picture and stopped trying.

What about the notion that gold will be a hedge against a bad economic downturn? Let’s think that one through. If the market went into a total meltdown and no one had any money, who will buy your gold? What will they use to pay you? Will you be shaving off a little piece of your gold bar and weighing it at a store so you can buy your groceries? I doubt any of these things will actually transpire. If people would treat gold like this, it would have already happened during the great depression, since some people did have gold.

In a bad economic downturn, no one wants your gold. They want to survive. They want food, water, clothing and shelter. The value of gold, or any other commodity, is only what someone else is willing to pay for it. If everyone is broke, no one would want to buy your gold. What they really want, and what you should stockpile instead of gold for a really bad economy are batteries, solar panels, a garden, chickens, soap, blankets, wood, gasoline and a full pantry.

I’ve often heard a quote that 100 years ago an ounce of gold would buy one tailor made suit. Today an ounce of gold will buy one tailor made suit. That is often an argument used to show that gold value keeps up with inflation. That is exactly what most commodities do. Why? Because inflation is measured by what people are paying for stuff (commodities). On average, all commodities should keep up with inflation, since they are what determines the inflation value. This is not exact since each commodity also goes up and down on its own. So at any given time some commodities are higher than others.

I remember one of my one-on-one clients had a goal to pay off his $60,000 consumer debt as quickly as possible. As we discussed his net worth and tabulated his current assets, we discovered he had $60,000 worth of gold bars in his safe.

I asked him why he had the gold. He told me it was part of being diversified in his investing and it was a hedge against bad times.

I pointed out to him that his consumer debt was at 22% interest and was currently costing him $13,200 a year. His gold was just sitting in the safe doing nothing. He could take the gold out of the safe, sell it, pay off his consumer debt and get two big wins. First, he could meet his goal to eliminate the debt right now, and second, he could decrease his interest expense by $13,200 a year. I asked if he thought the gold would make him $13,200 this year if he left it in the safe. He decided to sell the gold and paid off the debt.

If you really want to bet on gold, how do you buy it? You can purchase futures, coins, companies that mine gold or sell gold, exchange traded funds, mutual funds, bullion, or jewelry. The most valuable of these options, and the only one that is actually an investment, is to invest in companies that deal with gold. These are actual businesses that use the commodity, not the commodity itself.

So what is my experience with gold? In the late 90s when the price of gold dropped, I bought a gold mutual fund. I thought I would do well by timing the market and getting into gold while it was down. It continued to drop. Several years later, still having not made any money on the gold, I sold it and moved on. At that time, it took eight years for the gold to return to the price it was before the drop.

1 thought on “Buying Gold is NOT Investing”