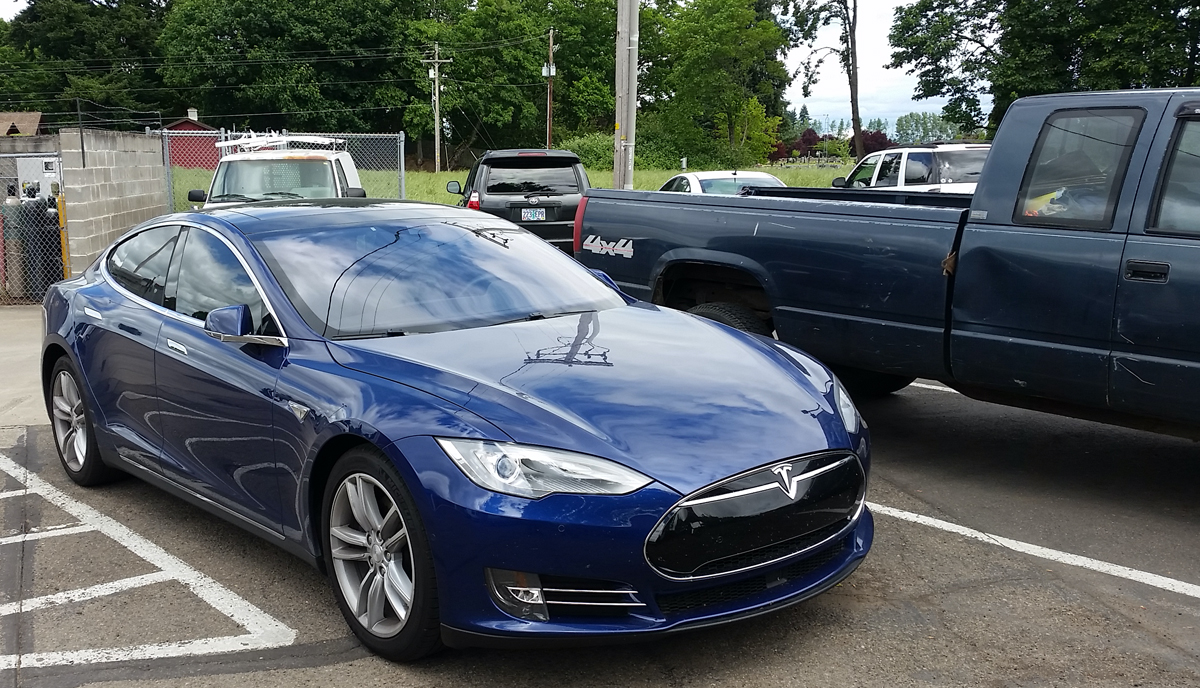 (Just to be clear, this is not an April Fools Joke)

Recently Tesla announced they had purchased $1.5 billion in bitcoin and will soon be accepting bitcoin as payment for automobile purchases. Some high income earners have speculated in bitcoin and are contemplating making their next car purchase using bitcoin. Before you make that move, keep the IRS in your thoughts.

In 2014 the IRS declared cryptocurrencies as property, not currency. This means when you purchase something using bitcoins, the IRS will treat the transaction as if you sold your bitcoins and used the cash from the sale to make your purchase. It is the same as if you sold stock and used the proceeds to buy a car. So if you don’t play the IRS game right, your purchase can cost you a fortune. Let’s look at how you play this game.

The tax cost of purchasing a Tesla with bitcoin

Let’s also assume your original bitcoin purchase was a little less than a year earlier on April 1st at a price of $6,664 which makes the basis of your 1.6 bitcoins $10,662. You have made a nice profit on your speculation and intend to use it to buy a car.

How do you and I view this transaction? A car was purchased for $89,699 using bitcoin instead of dollars. Pretty simple. But that is not how the IRS sees it.

You have only held the bitcoin investment for eleven months so that falls into the category of short term capital gains. These gains are therefore taxed at your ordinary income tax rates. If your adjusted gross income was $350,000 in 2021, then your marginal tax rate will be 32% federal and 9.9% state for a total of 41.9%.

If you didn’t realize that ahead of time, an unplanned $33k additional tax bill could come as quite a surprise. I have seen people get into debt with the IRS because they could not pay a tax bill much less than that. You never want to be indebted to the IRS as they are a ruthless lender.

It may be a real tragedy if you paid for your Tesla with bitcoin and thought you were done with the transaction. Getting a $33,116 surprise tax bill could be a bit alarming. So how can you combat this issue?

Don’t use bitcoin as currency

Even though Tesla and other companies are willing to take bitcoin for purchases, it is not a good idea to spend bitcoin as currency. Bitcoin is a very speculative investment that creates a capital gain when divested. In the above example, holding on to the bitcoin and paying cash for the Tesla, would eliminate the $33,116 capital gains tax bill.

If the IRS treats the bitcoin as property, then so should you. Every time you use bitcoin for a purchase, you must consider the move as selling an appreciated asset. It is just the same as if you sold stock to make a purchase. Would you have been willing to sell some of your other stock, pay the capital gains taxes, and then use the proceeds to buy a car?  If the answer is no, then don’t buy the car using bitcoin.

Never think of bitcoin as currency, always think of it as a very risky stock. If you keep that in mind, you might not fall into this tax trap.

Since the IRS treats bitcoin like a stock, you must keep track of the basis of each exchange. The basis is what you paid for the bitcoin when you bought it.

Many people have not been keeping good records of the date and prices of their bitcoin when it is purchased which are crucial elements to know when you cash in your bitcoin. When you buy a stock, the broker keeps a careful record of what you bought. Often these records do not exist for your bitcoin purchases, so you must document them well.

When it is time to sell bitcoin, you can choose which coins from your bitcoin stash you will sell. Using your records, you want to be sure you have held the bitcoin at least a year, so the sale falls under the long term capital gains rates instead of short term rates.

The tax rate for long term capital gains for someone with an adjusted gross income of $350,000 is only 15% federal instead of 32%. It would not, however, change the tax rate for the Oregon State tax. That distinction would save you $13,436 in federal taxes (17%).

Also, you will want to sell the bitcoin you purchased with the highest basis that is over a year old. The higher your basis, the lower the amount that will be subject to capital gains taxes.

I am not a fan of speculating in bitcoin and do not recommend anyone buy it. Real currency, backed by a government, has become worthless in the past. Confederate money is a good example. So, beware of imaginary cryptocurrency that someone just decides to produce that exists somewhere in cyberspace.  I prefer to see you making good long term investments instead of speculating/gambling with your hard earned money.

But those who are into speculating, and have a big gain on paper, will point out that they bought the Tesla with less overall cost because of the bitcoin profits. The actual cost of the car is the $10,662 they originally paid for the bitcoin plus the $33,116 in capital gains taxes. So their overall price was less than the sticker price of the car.

But since money is fungible, why not pay real cash for the car and hold on to the bitcoin and let the investment ride? You can then postpone the tax bill to sometime in the future. Then again, if bitcoin might become worthless in the future, maybe trading it for a car now is a good deal after all.

Whatever you choose to do, just keep taxes in mind when you make a purchase with your bitcoin or you will be in for a very unpleasant surprise. You can read the full IRS notice on cryptocurrency here.