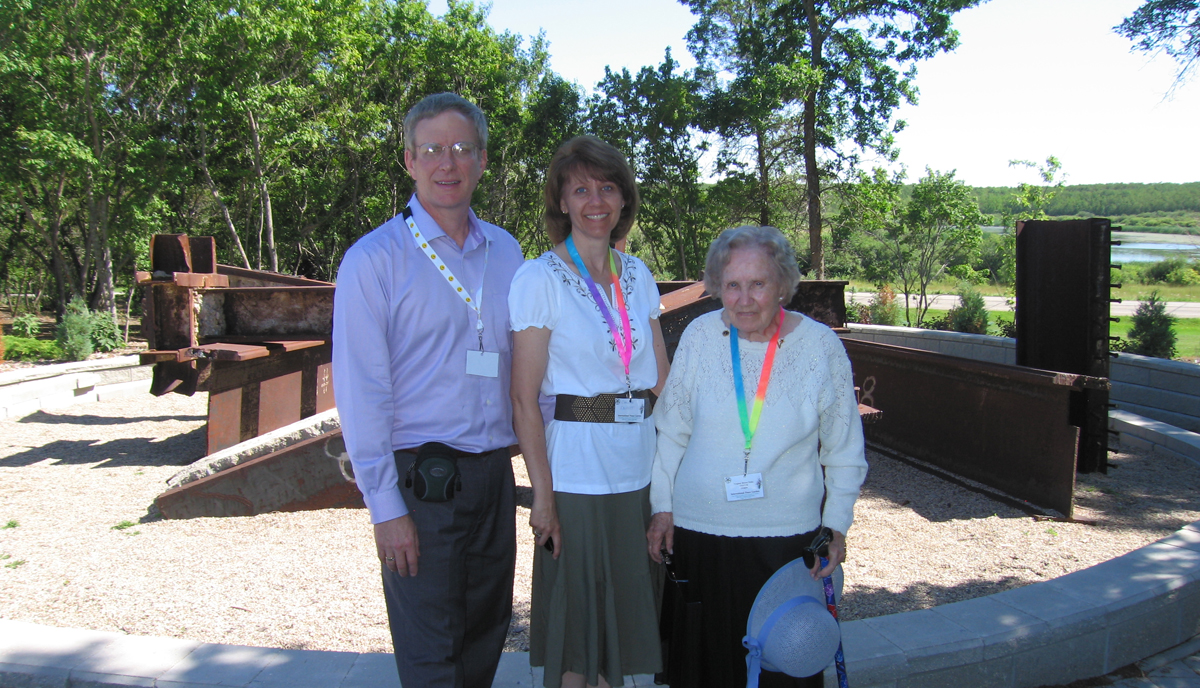 Americans do a lot of gift giving, especially at Christmas time. The majority of the gift giving is between friends and family. Too often the gifts end up in the garbage or in storage after a few months. Occasionally, there is a gift that really makes an impact. I want to tell you about one such gift that impacted millions around the globe.

My grandmother, Virginia Brown-Petko, was very active in the Order of the Eastern Star, which is a predominantly female group associated with the Masonic Lodge. She had many roles over the years and served as the Worthy Matron, the leader of the local chapter, on several occasions. In 1996, she led the cancer research donation committee.

Since I was a new general surgeon in the area and operated on cancer patients, she asked if I would inquire as to the benefit the money they had been donating to cancer research in Oregon had provided, and present my findings to her organization. At the time, they didn’t have any idea what their donations had accomplished. She thought if everyone knew what the money did, then they might give even more.

I contacted OHSU and spoke to Dr. William S. Fletcher, who’s lab had been the recipient of Oregon’s Eastern Star Donations. He filled me in on what their donations had accomplished and I was blown away by the impact their first donation had on the world. That one donation that they gave several years earlier had changed the world, and no one in her chapter even knew about it.

Each local chapter pooled their donations and presented the money to OHSU annually at the Oregon State Meeting. This year the state would pass the $1,000,000 mark in total donations. This was a milestone she was excited about which made 1996 a special year. She and her friends had been making and selling quilts, and teddy bears, canning and selling Tayberry Jam, and anything else they could think of to raise money for cancer research. She was very proud that the state had crossed the $1,000,000 mark.

Dr. Fletcher was nice enough to fill me in on how their money was used in his lab. But it was that first donation that surprised me the most.

In the early seventies, Dr. Fletcher’s lab was studying the estrogen receptors on breast cancer cells. At the time, removing women’s ovaries, which dropped the estrogen level in the body and decreased cancer cell growth, was how breast cancer was treated. Today we can achieve the same effect by popping a few pills. Since those pills weren’t available back then, millions of women had oophorectomies, a second major surgery after having their breasts removed.

But some of those women did not respond to the oophorectomy. Dr. Fletcher hypothesized that not all breast cancers had the estrogen receptor on them and that is why some didn’t respond. If these women could be identified ahead of time, they could be saved going through this second surgery. In order to prove this theory, he needed a specialized piece of equipment, an ultracentrifuge. He did not have the money to buy one and the nearest lab that had one was in Chicago. There was no way for him to do the needed research using the ultracentrifuge in Chicago.

Then along came the Oregon Chapter of the Order of the Eastern Star with their very first donation to cancer research. They began a campaign to raise money for cancer research and chose the only teaching hospital in Oregon to be the recipient of these funds.

That first donation turned out to be exactly the amount Dr. Fletcher needed to buy an ultracentrifuge for his lab. The nice thing about this donation was it had no strings attached, so he could decide where this money would be the most useful. That has made the Eastern Star donations especially helpful over the years.

The research he completed using the new machine confirmed his hypothesis, the non-responding patients did not have estrogen receptors on their breast cancer cells. Armed with this information, he was able to show that women whose cancer cells did not have this receptor, did not need another major surgery. They could keep their ovaries.

Today an oophorectomy is done as an outpatient laparoscopic procedure. Back then it was an open procedure that required a several day hospital stay. As I projected back, about 180,000 women each year were found to be estrogen receptor negative, meaning that over 4,000,000 women were saved a major surgery with this information, as of 1996 when I gave this lecture. That one donation positively changed the lives of more than 4,000,000 women worldwide.

Today, estrogen receptor status is a normal part of the work up for breast cancer patients. Every single woman who developed breast cancer since this discovery has been affected by that one donation. I didn’t know it at the time, but it would also affect me.

In 2006, I was about to scrub into a case when my office manager called. She was reminding me that my 43 year old wife was coming in to see my partner to get the results of a stereotactic breast biopsy of some calcifications. My manager reminded me I should be there. I said I would try. She said, “NO, you will be there!”

Then it hit me. My office manager had already seen the biopsy results. My partner was going to tell my wife she had breast cancer. Yes, I would be there. I walked into the OR and the scrub nurse asked if I was OK because I was as white as a sheet.

I became one of the millions of families that was impacted by that first donation they made for cancer research.

My grandmother was very proud of her years in The Order of the Eastern Star. But I think she was most proud of the millions of dollars that she helped raise for cancer research. Every year after that, they gave another donation and each of them has had some impact in the quest to cure cancer. It’s amazing what selling a little Tayberry jam can do. It has been 23 years since I gave that lecture. It was so powerful at raising more money, that we took it on the road and spoke at many local chapters and one state chapter meeting as well.

I hope this Christmas season you will think about ways you can make an impact by giving generously.

Doctors make a good living in medicine. We certainly don’t need to spend it all on stuff for ourselves. Let’s share in our abundance by giving back to the community that supports us. Who can you help? The local homeless shelter, your church, a soup kitchen, a teen homeless activity center, the boys and girls club, or some other organization that has great meaning to you, like cancer research has for my wife and me. They can all use your help.

Just in case you are wondering, my wife is doing fine thirteen years, and three surgeries after we heard the results of that biopsy. I’m grateful for all the money that has been donated to cancer research. The picture with this article is of my 85 year old grandmother with my wife and I at the International Peace Gardens on the border of North Dakota and Canada. We took her there in our motorhome to participate in a 2011 masonic national convention that she always wanted to attend.  She passed away in 2016 from Alzheimer’s disease at the age of 90. She was a great example of doing what you can to raise money to assist worthy causes. We miss her a lot.

5 thoughts on “An Oregon Gift That Changed the World”