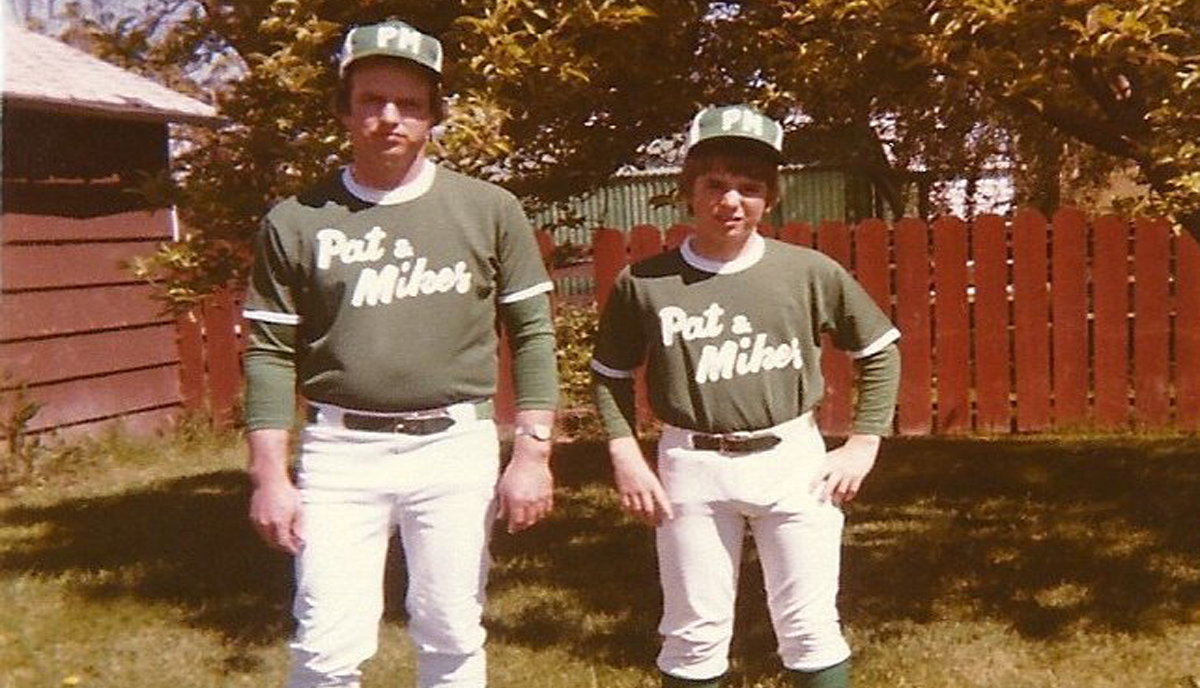 With Father’s Day approaching, I would like to share six lessons that I learned from my dad. Parents have a big responsibility in bringing up the next generation. Our kids learn from watching what we do more than hearing what we say. So doing what’s right pays dividends with our kids. As physicians, we miss a lot of time with our family due to our schedules. When we do have time with our family, we should make it count.

There is always time to do the job right

I never had the opportunity to see dad working at his job. This is also true for most physician fathers as their kids can’t follow them around at work easily. But I did get to see him when he worked at home or when he did the maintenance at my apartment complexes.

He took pride in doing the job right. He spent whatever time was needed to be sure everything was as it should be. It cost me a bit more money when he cleaned up an apartment because he spent more time than the average cleaning service would. A stove he cleaned looked much better than a stove a cleaning service cleaned because he paid attention to the details.

He also saved me money when he did bigger jobs himself. I knew the job was done correctly because if he wasn’t able to handle it, he would have called the professional to complete the job. Then he would watch what they did so he could do it himself next time.

If he says he will do something, you know it will get done and done correctly. That is not something you can say about every worker you hire.

Vacations are for recharging and fun, not catching up around the house

This was an interesting concept I had not thought of the first time I heard him say it. Many people use their time off to catch up around the house or to catch up at work. If we always use our vacations for some other work, when do we get recharged?

Many physicians have this problem. We are so over worked, things around the house get behind. Then when we have time off, we spend our time catching up instead of relaxing and recharging. That is a recipe for burnout.

Work when you work and play when you play. I know physicians who will send their family on vacation while they stay home to earn the money to pay for the vacation. Others don’t use all their vacation time and then talk about it like it is a merit badge. You need to take time off to recharge.

If someone else has done it, you can do it too

Both my younger brother and I played baseball each season. When the Babe Ruth baseball league was in need of a coach for my brother’s team, my dad stepped up to the plate, even though he had never coached baseball before. In fact, he had never even played baseball. But those little facts did not stop him from saying yes to the need.

He hit the books and read up about baseball and coaching. Other fathers have coached their kid’s teams and those fathers really weren’t any different than him. So off he went into the coaching business.

Dad went the extra mile for his team. An example was buying a pitching machine for practice, which was something very few coaches did. I think it was because he had never coached before that he put in extra effort to be successful. His teams finished in first or second place every year he coached. He put his heart into it and the kids knew it.

My brother went on to be an all-state catcher and played baseball in college as well. I think the special effort my father put into coaching his team made a big difference.

Always pay cash for your stuff

My dad was not a big fan of borrowing money. He did not have a high income as a butcher nor when he worked in the plywood mill. He couldn’t afford to squander his hard earned money paying interest. As a kid, the only debt I remember him having was the home mortgage. That was a very small loan and he paid it off over 30 years. He has lived in that house for 56 years so far.

When I was about to turn 16 and get my drivers license, he bought me a car. It wasn’t a very expensive car, it was used, but it was very clean and well cared for. It seemed like a new car to me. I didn’t learn until many years later that the car cost almost all of his savings at the time. But he didn’t get a car loan.

I borrowed money to buy my first car and my first motorhome, but I never liked the feeling of being in debt for stuff. I paid off those loans as quickly as I could. After that, I started paying cash for everything. I don’t like to pay all that extra interest. Dad didn’t like paying interest either.

When I was in the sixth grade, I got a guitar for Christmas. It was an inexpensive used Yamaha acoustic guitar and I taught myself to play. I had already taken about five years of piano lessons by then, so learning the guitar came easily.

Two years later I became part of a rock band. I needed an electric guitar and an amplifier to be in the band. I went shopping and found a used set that I could afford for $300. I brought dad to the store to look at it before I bought it.

Dad did not think the equipment was good enough for performing. We went to another music store, one that sold the good stuff. He picked out the nicest electric guitar and a good amp for me to try. This set cost $800, but at 13 years of age, I didn’t have enough money to buy it.

His thought was if I was going to do this right, I needed quality equipment. He provided the extra $500 I needed and we walked out of the store with some good gear. With the money we earned playing gigs, I was able to return his $500. I still play that guitar today.

As the band became more popular, it became clear that we needed a good PA system with good mics for singing. He bought us what we needed. Initially, he didn’t let me buy the PA system, he owned it. Later he was willing to sell the system to me for the cost of my labor to paint his house.

That little band earned us a lot of money in the five years we were together. I found a ledger recently that showed our income from playing gigs. As teenagers in the 70’s our band was earning $26,000 a year. We might not have done so well if my dad hadn’t stepped in to get us the gear we needed to succeed.

You are your children’s safety net

Over the years, there were times that I needed to take risks. When I did, I always knew that if I failed, my dad would be there to catch me. With that confidence, I could venture into just about anything.

I knew that I would always have a place to stay if I needed it. I knew he would back me up if I needed it. There is a sense of security I got from that. If I feel secure, it boosts my confidence. With higher confidence comes a greater chance of success.

What if I fail was never a worry for me growing up. If I was to fail, my dad would be there to help. Give your kids the courage and confidence they need to be able to step out and take a risk. They will be better for it.

What is something you learned from your father? I’d love to hear about it.

PS. I could make similar statements about my mother, but this is Father’s Day.

6 thoughts on “Six Lessons I Learned From my Dad”