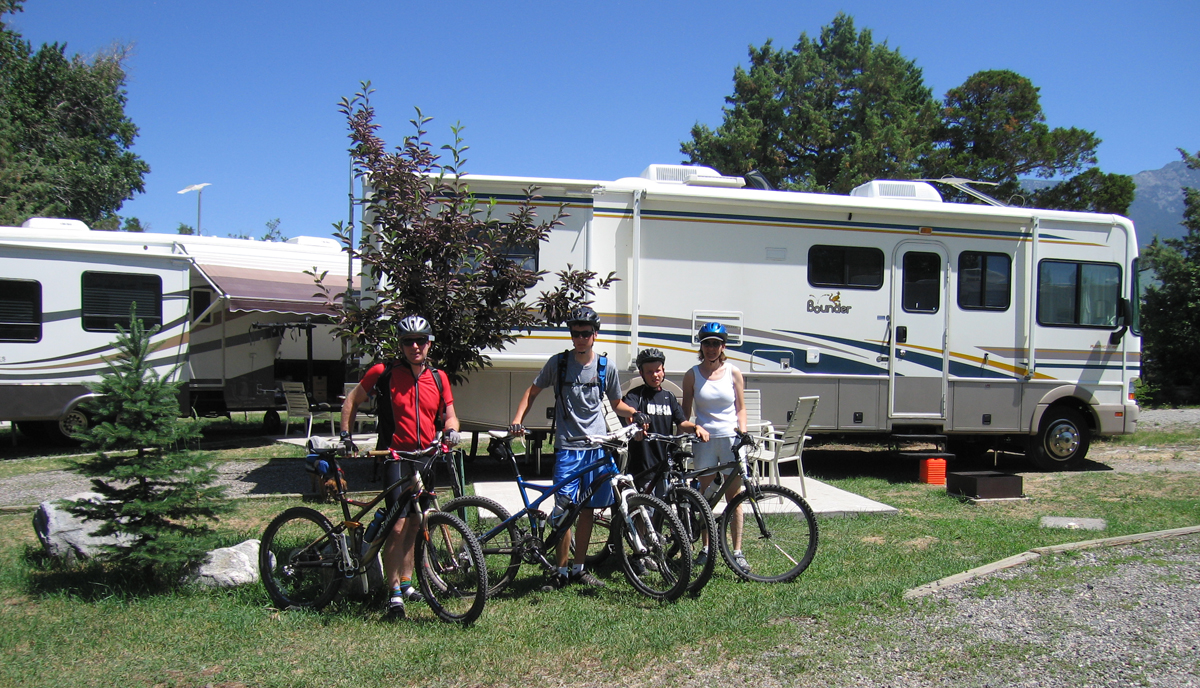 I have previously written about the joys of RVing. We have been using our motorhome for almost three decades now and we are on our third rig. It has been the source of many great memories for our family and a very pleasant way to travel. We are currently on our third snow birding trip to Southern California and Arizona.

Overall the experience has been great. But along the way we have had a few catastrophes that could have ruined our vacations if we had let them. The more you travel, the more opportunities there are for things to go wrong. Each of these experiences have become great memories and are now funny to look back on, but were not always fun when they were happening.

Since I am now waiting for parts to arrive so the repairman can fix our current catastrophe, I thought it would be a good time to have a little fun look back at some of the issues we have faced over the years. You don’t have to let any of these things ruin your vacation and you will see how we worked our vacations around the catastrophes. If you want to learn more about vacation disasters I suggest watching two movies: RV with Robin Williams and The Long, Long, Long Trailer with Lucille Ball. For now you will have to settle for my stories.

My motorhome has a marine vacuum assisted toilet. When the toilet is flushed, a vacuum sucks the contents into a tank in a compartment under the toilet, pumps it to the black water holding tank, then reestablishes the vacuum in the tank under the toilet.

Over the weekend (why do so many problems happen on the weekend?) the system malfunctioned and no longer holds a vacuum. Therefore, the toilet doesn’t flush right and the entire back of the motorhome smells like an outhouse.

Not having a properly functioning toilet is very inconvenient. After searching the internet for mobile RV repair companies, which are plentiful in Mesa, Arizona which has a huge population of RVers, I found that few people like to work on vacuflush toilets. It took about a half dozen calls on Monday morning before I got a repairman who was willing to fix it.

The problem is we are due to leave here tomorrow and already have reservations elsewhere. We were able to extend our stay, but will have to move to a different site, and cancel the next place’s reservation as we wait for the parts to arrive. As soon as the parts arrive our repairman will fix it and we should be able to be having a flushing good time as we continue our trip. In the meantime, we have the bathroom window opened and a vent fan running constantly to keep most of the smell out. We are also frequenting the campground resort restroom, even at 2am. We can have fun here just as well as the next place. (It got fixed 5 days later and we were on our way again.)

Even This Won’t Spoil Our Vacation

At the start of a leisurely 14-hour trip to a family reunion with our grade school age kids, we spent the first weekend camping at a lake. My parents were traveling with us in their own RV. Since I took two weeks off work for this trip, we had one week to enjoy getting there and one week to get home.

Saturday morning, the first day of our vacation (again on a weekend) we opened the refrigerator and noticed a rotten egg smell and warm food. The refrigerator, which happens to be packed to the gills, was dead.

I immediately got on the phone and began calling every RV repair shop between where we were and the location of the reunion. The trouble was finding a service center with both the refrigerator we needed and the time in the service department to replace it. I finally hit pay dirt at a Camping World a mere ten hour drive away who had the parts and time to replace our refrigerator Monday morning.

We transferred everything that we could into my parent’s refrigerator, put the rest of the refrigerator contents in a cooler on ice, left the kids with my folk, and my wife and I drove ten hours to the service center. My parents continued on the slow, fun trip we had planned with the kids and met us at the reunion. We drove like crazy to the repair shop and had a restful few days waiting for my parents to catch up with us.  They had a great unplanned grandparent/grandchild adventure, and we had a few days of a couples retreat.

This Flat Out Slowed Us Down

One day as we drove down the road singing songs with the kids, I noticed the motorhome stopped driving properly. I pulled over to the side of the freeway and found a flat on one of the back dual tires. The bigger motorhomes have heavy duty tires that require an impact wrench to remove them. Tire irons just don’t cut it.

I called Triple A to change our tire. Since we were exactly half way between the two nearest towns, which were not close, it would take an hour for the tow truck to arrive to change the tire.

The great thing about a breakdown in an RV is we are self-contained. We just fired up the generator, turned on the overhead air-conditioners, broke out the cold root beer and played cards. It didn’t really matter how long it took the tow truck to arrive.

Once he found us, we used the built-in leveling jacks to raise the tire off the ground and he had the equipment to change it for us. Unfortunately, he interrupted our card game while I was winning.

One night during a windstorm, while on our great motorhome trip following route 66 from Los Angeles to Chicago, we started hearing a funny banging noise coming from under the motorhome. The next morning I got up to find two large plates about twelve feet long on each side of the motorhome had broken all but one of their welds. They were now swinging loose.

Since I could not drive down the highway and have the final weld break and send a 12×2 foot piece of metal flying into the car behind me, I got on the phone looking for anyone who does welding along our path. I found a big truck repair shop out on a farming road about 20 miles away who was happy to help us.

When we arrived at the shop, the shop owner had us pull into one of his truck bays, he spot welded the plates back on and sent us on our way. He didn’t even charge us for the work since it just took a few minutes. He was a very nice man. We gave him some English Toffee samples we had with us from our candy company.

One day, after having a fun day on a trip with the kids, we returned to the motorhome for some needed rest. When I put my key into the lock to unlock the door, nothing happened. The door was still locked.

Nothing we did would make the door open. We were stranded in the parking lot on the outside of our motorhome. We presumed something had gone wrong with the door latching mechanism causing the handle on the outside not to work.

After checking all the windows, we found one that was unlocked. We slid it open and lifted our youngest son up and into the motorhome through the window. He then opened the door from the inside.

I pulled out my tools and took the latch off the door to find one of the interior parts had broken. I was able to remove some parts so we could just use the dead bolt for the remainder of the trip. Once home, I took the motorhome to the service department and the door was repaired.

My mom and dad took the kids on a trip in their motorhome to a nearby lake for a planned grandparent/grandkid adventure. On the way home an unknown malfunction killed the motorhome’s engine. After letting it sit a while, the engine started again only to quit again in a few miles.

Grandma made the best of it while grandpa grumbled. Every time the motorhome would quit, grandma took out the milk and cookies and she and the kids had a little party. After a few of these the kids were rooting for the motorhome to quit so they could have some more cookies.

Grandpa said it was the longest trip home from the lake he ever experienced. The kids still talk about it to this day as one of their great travelling memories.

There are so many more stories and memories that were generated when something went wrong, and not just when we were RVing. While brainstorming for this article, my wife and I listed a dozen other stories that could have been included in this article, but I think you have heard enough to get the picture. The times when things went wrong are the memories we talk about when we get together. Cherish them as they not only make you stronger, but make for the best stories.

When the inevitable break down occurs, find a way to continue your journey and get the repairs done at the same time. There is usually a way to continue to have fun in the process. If you don’t make a big deal about the breakdown, then the kids won’t either.

Sometimes I did make a big deal about a problem and I could tell it affected the kids. A few months after getting lost on a trip and subsequently losing  my temper, my son got me a Garmin for Christmas. I think he didn’t want me to get lost again.

Don’t lose your cool when things go wrong. Just work out a solution and this too shall pass. Today, my kids do a better job about going with the flow than I did when they were growing up. Learn to go with the flow and your life will be a lot more peaceful.