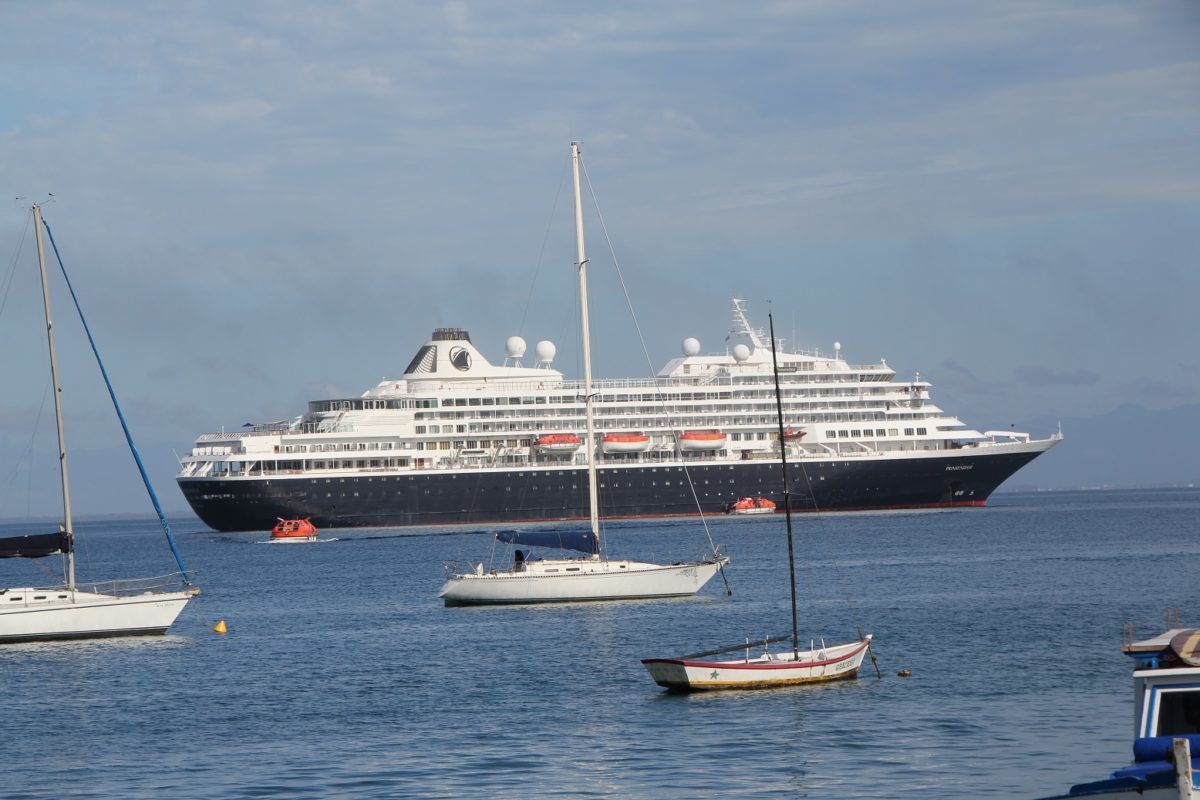 Want to be a Cruise Ship Doctor?

In 2013 I began searching for ways I could change my career to reduce my work load, but not give up medicine altogether. During that time I took a cruise and looked at various jobs I could do on a cruise ship. One of the jobs I was qualified for, I thought, was to be a Cruise Ship Doctor.

After talking with the ship’s doctor to find out what it was like to be the doctor on a ship, I realized that I would enjoy that life. When I arrived back home I sent in an application to a cruise line. I was promptly informed that general surgeons were not qualified to be a ship’s doctor. They only accept physicians who practice Emergency Medicine, Family Practice, or Internal Medicine. So a ship doctor was out for me. But you might be qualified and enjoy the change of pace, so here is what I learned about being a Cruise Ship Doctor.

First of all, you must realize that this is not a well-payed job for an American Doctor. The exact income of a cruise ship doctor wasn’t revealed, but one hour in a well-paid ED would be in the ball park of one day’s pay on a cruise ship. Pay is not the reason to take this job, it’s the great fringe benefits.

Ship doctors are given a private room, usually with a window, but not a balcony. They can bring their spouse and children at no charge. That may be a benefit your spouse would love, especially if your kids are out of the nest. Imagine the two of you being paid to sail around the world with unlimited free food and entertainment.

The working hours are pretty good with this gig. Each ship has two doctors and at least two nurses. The doctors take turns carrying the beeper for 24 hours at a time. The senior ranking doctor is in charge of the passengers and the junior ranking doctor cares for the crew. When the ship is at sea, office hours usually consist of three hours in the morning and three hours in the afternoon. When the ship is in port, office hours are two hours early in the morning and two hours later in the afternoon or evening.

On non-call days, the doctor and their spouse can go ashore and enjoy the town in between office hours. What a great fringe benefit.

You will usually see 10-20 patients per day, mostly with minor problems. The top five most common issues seen (based on my informal poll of doctors I’ve talked to on ships) are; MI, Stroke, Fractures, Lacerations and GI issues (not infectious). These are pretty typical problems faced by the elderly population that frequent these ships. I, at age 55, am younger than almost every paying passenger on the ship. There are some cruises though that cater to a younger crowd, like Disney for example. On those cruises some pediatric problems might be seen.

Ships have a mini hospital on board. They are required to have at least one hospital bed per 1,000 passengers. Most ships have an ICU bed and a few regular beds. They keep the usual assortment of medications, simple x-ray services, minor surgical equipment, lumbar puncture tray, EKG machine and the basic equipment found in a medical ICU, including the ability to intubate. When a ship is at sea, the ship needs to carry everything needed to get the patient through their problem until the ship arrives at the next port. At that time, the patient is evaluated to determine if the patient’s problem can be treated well on the ship, or if the patient needs to be off-loaded to a local hospital.

Sending a patient to a local hospital is not easy and many patients don’t want to leave the ship for medical treatment. First of all, the local hospital may not have an English speaking doctor. There are also insurance issues. Most regular health insurance policies don’t cover patients traveling abroad, so cruising passengers need to purchase travelers insurance to cover their medical needs outside their insurance coverage area. The spouse of the patient also has a dilemma. Do they continue the cruise or get off with the patient in a strange country. Most disembark with their spouse when transferred to a local hospital. Leaving the ship is very challenging, especially for elderly couples, or those traveling alone, thus, some patients prefer to remain on the ship and have the ship doctor take care of them.

Malpractice insurance is usually covered by the hiring company, the same as a locum tenens doctor. The possibility of a law suit is rare since cruise passengers understand that onboard doctors have limited resources and are only able to treat minor ailments and temporize major cases until they can be transferred to a bigger facility. Most shipboard issues are minor or acute. Missing a breast cancer diagnosis, for example, is not among a ship doctor’s jurisdiction. A big risk, for a ship doctor, might be missing a fracture, which doesn’t tend to have long term consequences. The patient may get a free cruise for their inconvenience, but the doctor is unlikely to be the victim of a lawsuit.

Physicians are usually scheduled on a ship for increments of four months on and two months off. They will likely be rotated from ship to ship in the same cruise line. That sure seems like a nice schedule to me. Work while I travel all over the world with my spouse. Then have two months off to go home and do some CME and visit friends and family. Where do I sign up? (Oh yeah, I already tried)

There is one thing I heard from a cruise ship doctor that all doctors should know. If a patient of yours asks you to clear them to go on a cruise, please look at the cruise itinerary before giving your OK. Some cruises travel to a different port every day, each with a hospital. Some cruise itineraries take passengers across the ocean and may have multiple days in a row at sea with no way to get to advanced medical or surgical care. If the itinerary they have chosen doesn’t have adequate medical availability for their condition, please advise them to adjust their travel plans to take into consideration their medical needs.

If this career move sounds like something you would be interested in, contact your preferred cruise line and inquire about their application process. You will likely be asked to send them your CV online. They will then interview you via SKYPE, during which you will be asked questions about how you would handle different clinical situations. It’s similar to taking an oral board exam. Upon passing the interview, have a wonderful time getting paid while traveling the world.

If you are interested in exploring other options for using your medical degree, pick up a copy of The Doctors Guide to Smart Career Alternatives and Retirement and see what else is out there to explore.

Would you ever like to explore this job? Have you been a cruise ship doctor? If so, what was it like?

4 thoughts on “Ever Considered Becoming A Cruise Ship Doctor?”